Another award for Side Roads by alumna Julia Sokolnicka 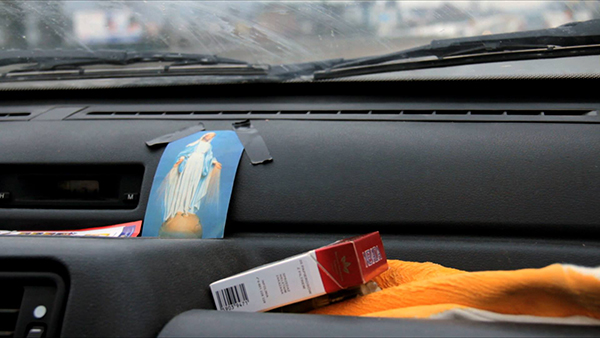 Side Roads is Julia Sokolnicka's short documentary showing the provincial Poland seen from a car. For three years between 2012 and 2015, the director and cinematographer hitchhiked in the winter, looking for people who would take them to their car and share a bit of their story. The drivers appearing in the film share glimpses of their lives, reflecting on their reality and dreams. In Slavic manner of rough kindness, shown in intimate space of their cars, they help to capture the identity of a nation in change – on the move between East and West. The landscape of awkward commercials, bumpy roads driven through by trucks, local businesses and grotesque architecture, reflects the 25 year history of economical journey that Poland is on. The film is a unique collage of portraits and landscape that this self-produced filmic adventure brought.