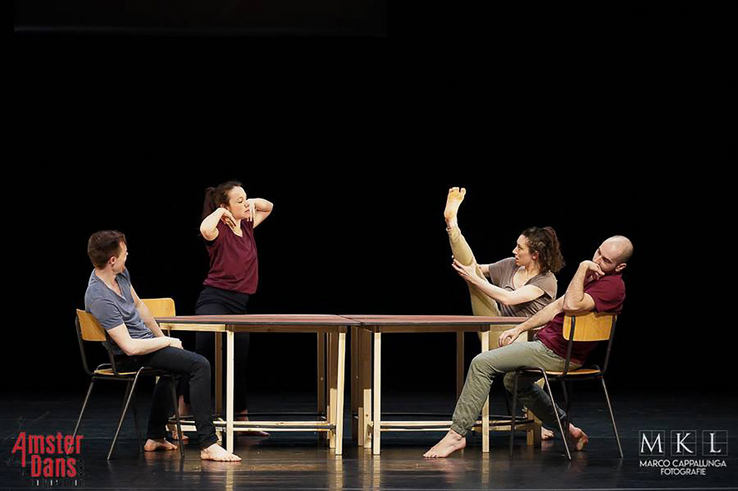 Great news for Jort Faber! Jort graduated in 2017 from the Dance in Education study programme. At the end of February, Jort started rehearsals for his new production Pursue. After a brief performance at Culturele Zondag, Jort and his dancers joined the AmsterDans Competition in the Emerging Dance Groups category and won 4 prizes.

Two of these prizes are rewards and the other two are residencies. These residencies include a performance at Vondelpark theatre on June 28th and a residency at Delattre Dance Company. Stephan Delattre (member of the jury at Amsterdans competition) was so impressed by Jort’s piece that he instantly instigated a new price and offered Jort to set & perform his piece Pursue with his company in Mainz. Jort is going international!

Are you interested to see the award winning piece when it premieres? You still can! On the 19th-20th of April the performance will premiere at The Amsterdam Theater House and tickets are still available! Click on the link, Dance Stories to get tickets.