“Broadcast television and radio have used remote, international links for decades. But Stream took that several levels up in many ways. Allowing both sides to see each other, in real time, is not something usually achievable with reasonable use of resources in broadcast television. Stream has allowed collaboration to move to a level beyond that of the telephone and email.”
Rob Heydari, operations manager Reyerson University

“His excitement and commitment to the project were apparent, and I was very impressed with his expertise and creativity. He showed a calm clear understanding both of the small details and the big picture. We could not have accomplished what we did without the intelligence, expertise and the exceptional talent of Dave.”
Shaun Amyot, choreograaf Canada’s National Ballet School 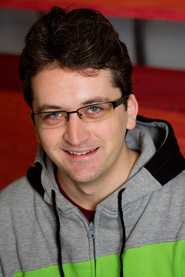 With Stream we used the streaming technology to collaborate, to work together on a piece, to dance together. By building the system we allowed dancers to virtually cross thousands of miles and actually be together, making art.