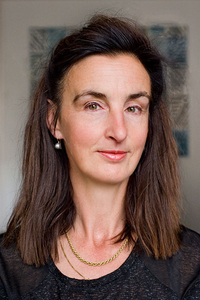 director Academy of Architecture since 2015

Before becoming director of the Academy in 2015, Madeleine Maaskant (1966) had already been affiliated with the Academy of Architecture numerous times as a guest lecturer and member of graduation and examination committees since 2000.

Maaskant studied Architecture at Delft University of Technology (TU Delft). After winning the biennial Europan competition, she founded the architectural firm Maaskant en Van Velzen Architecten together with Victor van Velzen in 1996, for which she was employed until 2010. Prior to chairing the Archiprix, she gained management experience in the architectural field as board member of Europan Nederland and the Jaap Bakema Foundation, both between 2008 and 2010.

In addition, Maaskant is a much sought-after jury member of architecture competitions. She has sat on the jury for, among others, Archiprix, BNA Beste Gebouw van het Jaar (BNA Best Building of the Year), Gouden Piramide, Europan and the Ithaka Stipendium.