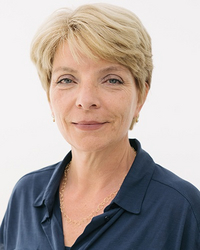 Nel van Dijk studied Linguistics and Literary Studies at Tilburg University, specialising in the sociology of literature. After obtaining a doctorate and a postdoctoral appointment there, she transferred to the Erasmus School of History, Culture and Communication of the Erasmus University Rotterdam. She was employed there in various positions, the last four years of which as Director of Education.

Since 2012, Nel van Dijk has been employed by the Amsterdam University of the Arts. Until the autumn of 2017, she headed the Quality, communication and policy department. Following this, she became interim director of the Reinwardt Academy. In August 2018, she was appointed permanently as director of this academy for cultural heritage.