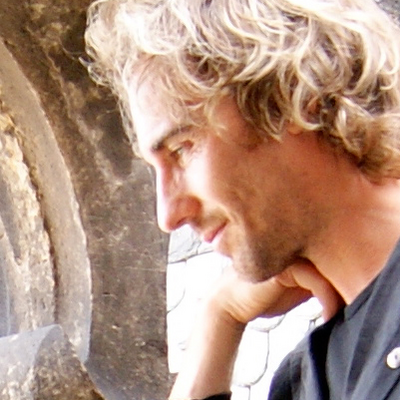 With this project New Life for the Dead, Michael van Bergen demonstrates how we as a society can deal with death in a modern way. He designed a building in the centre of Amsterdam where life and death are united once again. His concept is a combined crematorium, above-ground cemetery and interactive meeting place. A stacked building with a view over the entire city centre.

The architect went in search of how ‘space’ can be of added value in these types of delicate situations. Van Bergen: ‘We all recognise the exaltation that we feel in a church, or that we only start talking in a lift when the doors open. It was precisely those tangible, physical emotions that I sought, using them to compose a building.’

Due to the sensitive theme, it was necessary to study the direct environment and the users more closely according to Van Bergen. In order to connect life and death once again, he went in search of ‘tangible life’ in Amsterdam. ‘Like the tunnel under the Rijksmuseum, the shelter of the Begijnhof and the Blauwe Theehuis in the Vondelpark, where a wedding on the upper terrace coexists with the park visitors below. They find their recognisable translation in the building.’

The building was designed on the basis of three spatial principles. The first is that spaces melt into one another in a natural way. The second that you consciously enter a space through physical transitions. The third makes a link between two routes, as a result of which you can design your own funeral ritual.

Van Bergen: ‘In my vertical building, the history of the funeral finds its home. And the new developments provide modern ways to deal with death. A funeral procession over the canals. An arrival at a sheltered, sunken square surrounded by trees. A unique rope lift, which can form part of a ritual through manual operation. A free funeral that builds subtle relationships with the city. A ceremonial funeral in the tree tops. An intimate cremation space in which you see the clouds outside in line with the oven. A cemetery as a stacked park. Memorial chapels where colored glass urns let the light inside, where you can read a book and look out over the city. An upper layer where you can celebrate life with panoramic views over water and park. And a place with views over the city centre, where you are free to do nothing for a while’.

The materials for the scale models come from Amsterdam soil: Amsterdam elm wood, from which the ritual route was devised and translated into the building model, and brick made from clay sourced from the Noord‐Zuidlijn metro extension (between 70,000 and 120,000 years old) for the urban model. The building model can be completely disassembled, as a result of which you experience the thoughts of the designer, layer by layer.