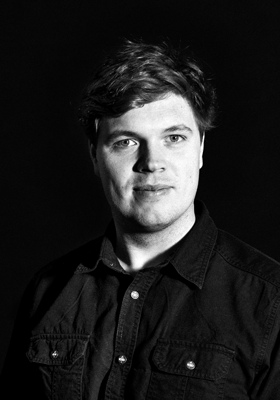 The Royal Palace on Dam Square was originally built as the city hall of Amsterdam in 1648. The centre of the world, the place where it all happened, a magnificent monument in the city. A public building with many functions, such as the administrative courts, the city government, the exchange bank, a prison, the home of the mayor and place to get married. Due to its impressive appearance, the building was also called the eighth wonder of the world in the 18th century.

When Lodewijk Napoleon became the first king of the Kingdom of Holland in 1806, he put the city hall of Amsterdam into use as a Royal Palace. The city hall functions disappeared from the building and were moved to various locations in the city. Between 1810 and 1935, the building was property of Amsterdam, but was rarely used. In 1935, it was sold to the central government.

Since that time, it has been made available for festive occasions of the royal family. This only happens a few times per year. The rest of the time it is unoccupied...

The Royal Palace currently has a closed appearance, but it is located at one of the most public spots in the city. In the past the Royal Palace played an important role as the public centre of the city, the place where the residents of the city came to meet each other and arrange their business. Many people do not know that the building was once the city hall of Amsterdam and that part of the Royal Palace is currently open to visitors.

Wouldn’t it be fine if the city would once again have a palace with public functions?

On the basis of historical, architectural and spacial research, it may be concluded that the building has already undergone a significant transformation through the years and the building is incredibly well-constructed. It is suitable for a range of functions and can change function with minimal interventions. Lodewijk Napoleon arrived with new wallcovering and furniture, and it suddenly became a palace.

The examination demonstrates that the building already possesses great potential. On the basis of this conclusion, the challenge is to make use of as many of the existing qualities as possible. The goal is to shape the new function based on the qualities of the building. It could be that the function is thus moulded on the basis of the available spaces. Should larger essential interventions actually be necessary, then I will fall back on the building-historical appraisal, which I will examine to see if I can justify the interventions.

The new functions will be linked to functions from the past. The Exchange Bank will become a Food Bank, The Night Watch will be returned to its original spot in the Krijgsraadzaal (Court Martial Hall), the cell complex will become a royal Crèche, the old mayor’s home will become the home of the King and the Palace museum will remain as it is now.

In order to ensure the functions actually function, I will have to place new furniture, just like Lodewijk Napoleon did in 1808. The use of materials for this furniture will follow on logically from the materials used in the past.