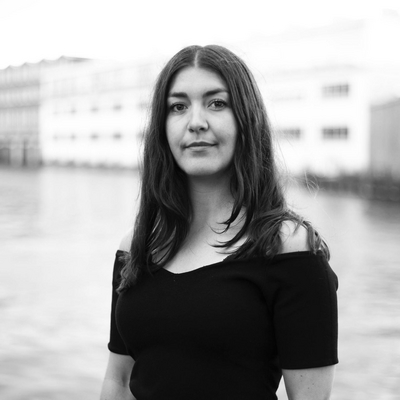 In the eye of the storm

Transforming an iconic ruin in Beirut

The way we rebuild our buildings and cities show how we address, acknowledge and accept our history. In war-damaged cities, buildings with scars have the power to communicate the stories of the past. Revealing a difficult history through the built environment can be of added value in terms of knowing our past. In the heart of Beirut, there is a building that has seen and experienced many transformations.

‘City Center’ was built as a modernist commercial complex. It was a symbol of the prosperous sixties before it was turned into a sniper hideout during the 15 years of civil war (1975-1990). The building, as well as its surrounding context, were largely deconstructed in the post-war time, leaving just the egg-shaped structure standing. Most recently, the building was adopted as the icon of the revolution that started in October 2019. My position in the treatment of heritage is to acknowledge all the transformations the building has undergone and use their qualities.

To revive the building, I propose to add a functional programme, allowing different people from society to enter the building and discover their personal relationship to its history. To make the building truly public and accessible, which Beirut has very few examples of, it will be transformed into a multi-modal transport hub, serving different economic classes. This will generate activity in an otherwise deserted part of the city, thus bringing back the former identity of the lively heart of the city.

After the recent event of the explosion on 4 August 2020, it feels pointless to talk about the value of one building with scars, as everything is lying in pieces and the destruction is so widespread. What it does show is that our built environment embodies what we experience as human beings. In the case of Lebanon, the explosion was a physical manifestation of an existing situation. The country and city were already lying in pieces economically and politically. Now, that is literally the case in Beirut. People will undoubtedly rise from the ashes of it and rebuild their environment over time, but this wound will be present in the city for a long time.

It is, however, dependent on the way the building and city will be rebuilt. This will show the way the history is addressed, acknowledged and accepted. Each transformation of the egg-shaped building is representative of the changes that the city of Beirut has experienced. By reactivating and transforming it into a transport hub, everyone will be stimulated to actively participate in its future history.