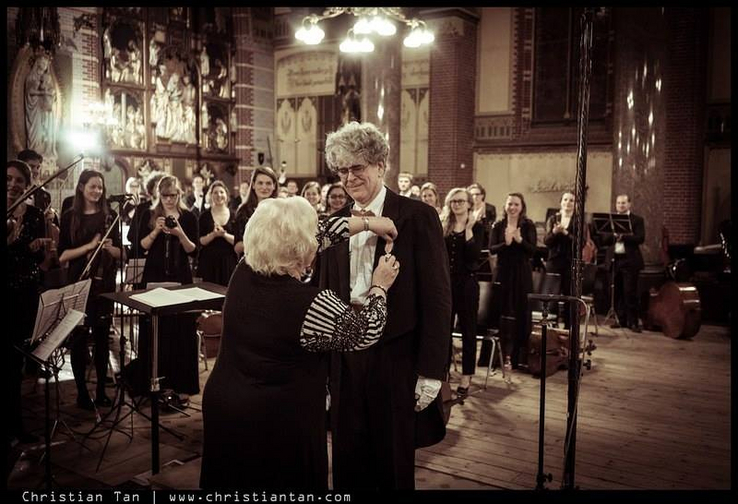 Bas Pollard, teacher at the Conservatorium van Amsterdam, has been decorated. After a concert with his CREA Orchestra on April 5th, he received the royal decoration 'Ridder in de Orde van Oranje-Nassau’.

Bas Pollard studied French horn with Adriaan van Woudenberg at the Sweelinck Conservatorium Amsterdamand with Vincente Zarzo at the Royal Conservatoire The Hague, where he also studied otrchestral conducting with Lucas Vis and Ed Spanjaard. He played with orchestras such as the Royal Concertgebouw Orchestra, the Residentieorkest and the Noord-Hollands Philharmonisch Orkest. He was a member of ensemble Group des Sept, the  Amsterdams Hoornkwartier, the Orquestra del Festival de Cadaqués and the Trumanta Wind Ensemble. He conducts the CREA Orchestra, the Utrechts Studenten Concert and the Noordhollands Jeugdorkest and he is a regular guest conductor with the Nederlands Studenten Kamerorkest.