We’re doing our best to entertain you – site-specific performance 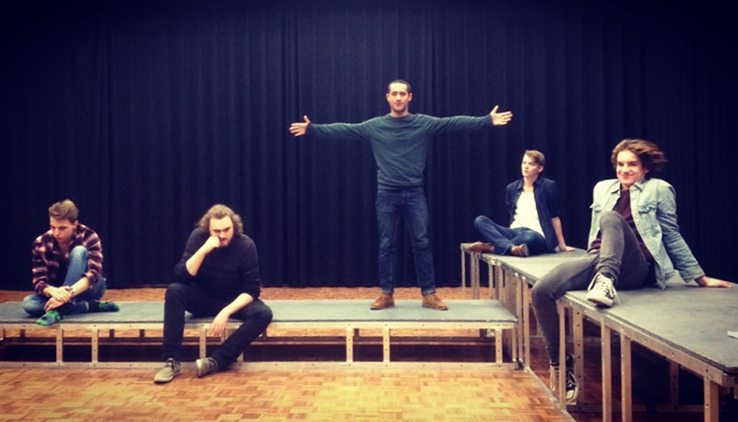 The two met for the first time in May 2016. Now, almost a year later, they are ready for the first performance Wij doen ons best om u te vermaken (‘We’re doing our best to entertain you’), based on William Shakespeare’s Twelfth Night, at the NDSM wharf in North Amsterdam.

‘It's really exciting to see two of my abiding interests – Shakespeare and site-specific theatre – come together,’ explains Leander. ‘The play is set on an island where the main protagonist has been shipwrecked. And now here we are with ten young men in a dockyard. I wanted to combine that isolation on an island, the feeling of being stranded far from Amsterdam, and the rough-at-the-edges feel of the docks. The play actually begins en route to the island.’  Gerard continues, ‘I was really excited by the idea of working on something site-specific as well. I really enjoy the challenge of creating work from scratch at a “blank” location, something that matches the theatre maker’s original artistic idea.’

‘The Theatre in Education programme teaches you how to build a play around actors,’ explains Leander, ‘about how to tap their strengths as actors to serve an idea you came up with. For this production, we were working with ten untrained actors, young males aged between 15 and 28.’ Gerard continues, ‘We started rehearsing once or twice a week way back in October. The extended rehearsal period meant the actors had time to really internalise the play and understand what it’s about. It really showed when we rehearsed the play in its entirety for the first time a short while ago.’ ‘Everyone was enthusiastic and really pitched in to get this made,’ says Leander. ‘For instance, we end the play with a song that was translated by one of the actors.’

Gerard and Leander are very pleased with the way they have been working together. ‘It's a real exchange of ideas; a collaboration in the best possible sense,’ says Gerard, and Leander picks up the point: ‘We supported each other so well precisely because our responsibilities were clearly defined.’ Leander and Gerard sought help from both inside and outside the ATD when it came to matters such as design, lighting and sound engineering, costumes, music, marketing, and so forth. ‘We deliberately surrounded ourselves with lots of expertise.’

In the play, which its creators say is about gender, love and how we present ourselves, male actors play all the roles, male and female. One of the female characters pretends to be a man: a boy playing a girl pretending to be a boy. Leander: ‘This adds many layers to the piece. It's also exciting to create and stage this with guys who still have so much to discover about themselves.’ Gerard: ‘It’s a very intimate piece, and you get really caught up in it.  Gender is always an issue anyway, but the tension is even greater when all the roles are played by boys.’

In titling it ‘We’re doing our best to entertain you’, Gerard and Leander hope to attract people who aren’t usually attracted to Shakespeare. Leander: ‘The title is exactly right for my version of the play. I love Shakespearean productions that don’t treat his original texts as sacred. The location we chose was very helpful in this respect, as was the fact that we were working with young, enthusiastic guys. This isn’t traditional Shakespeare, but neither is it modern. Our version is actually a pretty straightforward translation, but it’s done in a way that makes his poetry accessible. We’ve also condensed it to an hour and a half. All I can say is come to the show to see for yourself what sort of version it is!’ 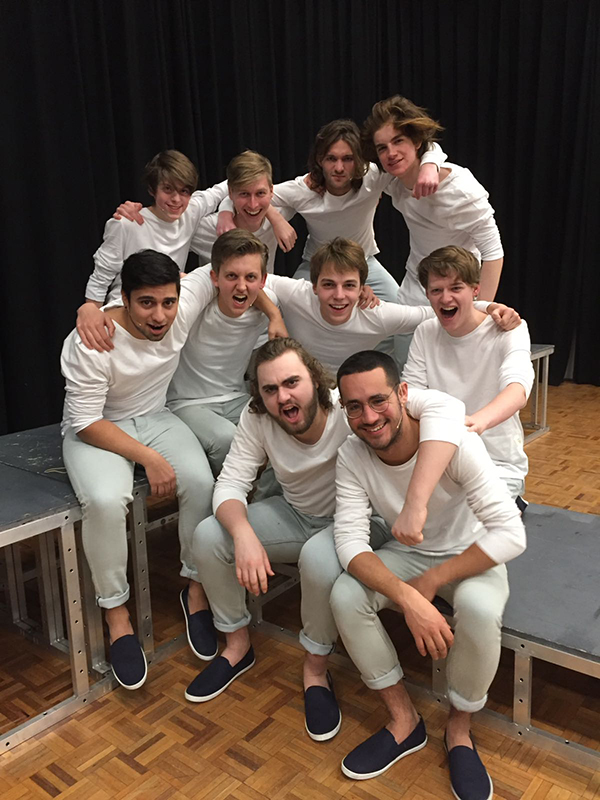 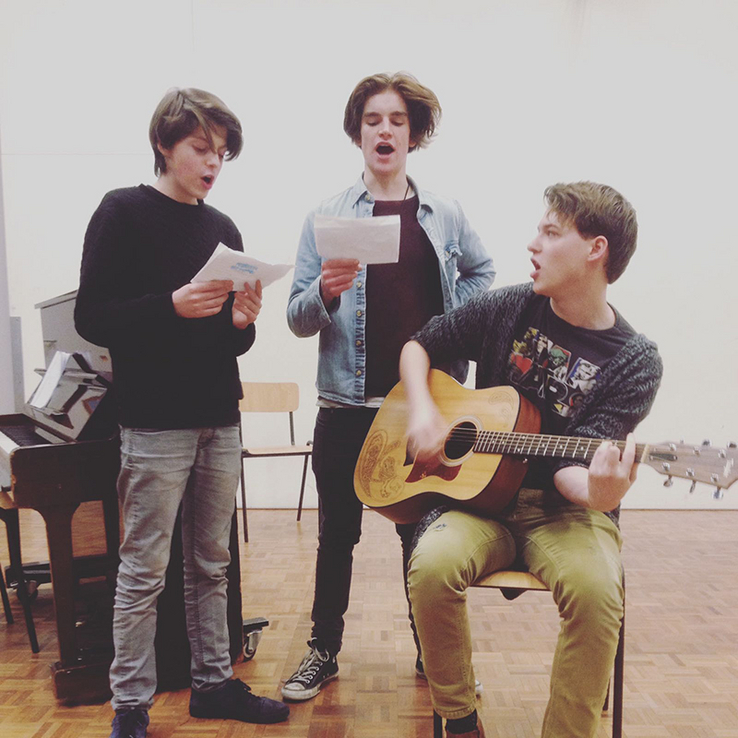 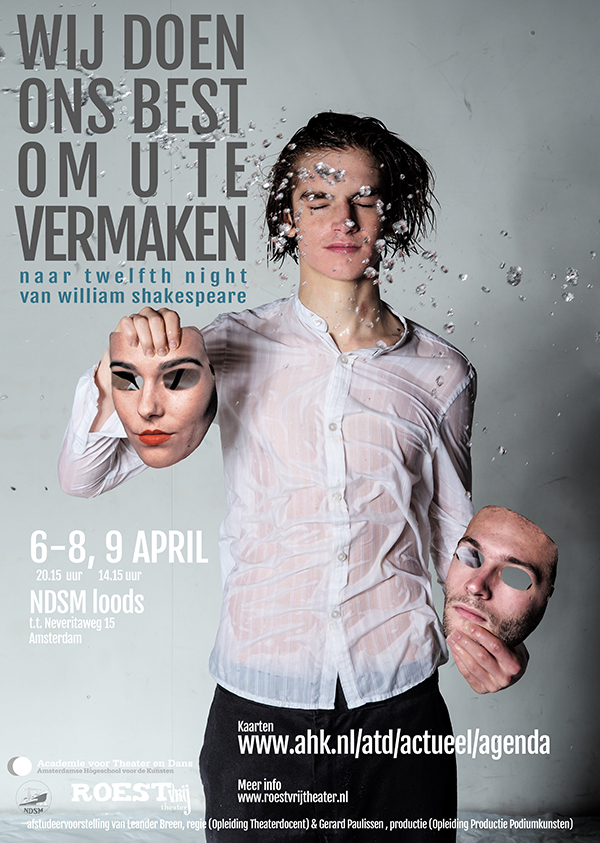