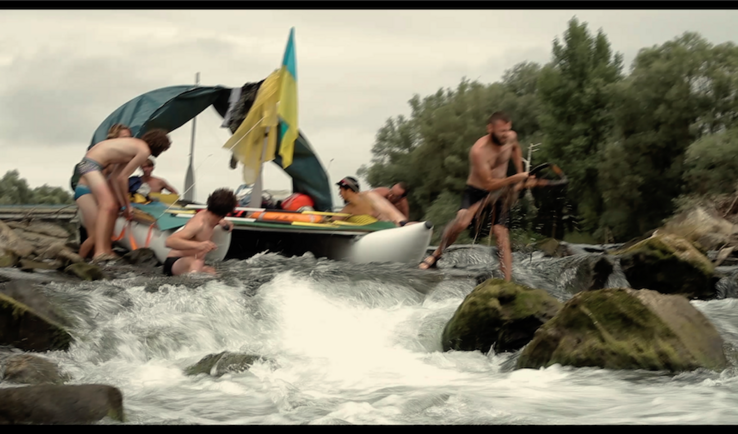 This resulted in the artistic, surrealistic cross fiction/documentary film Everybodyisoutofplacehere. A film that explores the boundaries of documentary-filmmaking, in which the artists become victims of their own research, the locals are important performers and in between all of this walks a cowboy in pink pants. Everybody is out of place on these rivers and in this film!