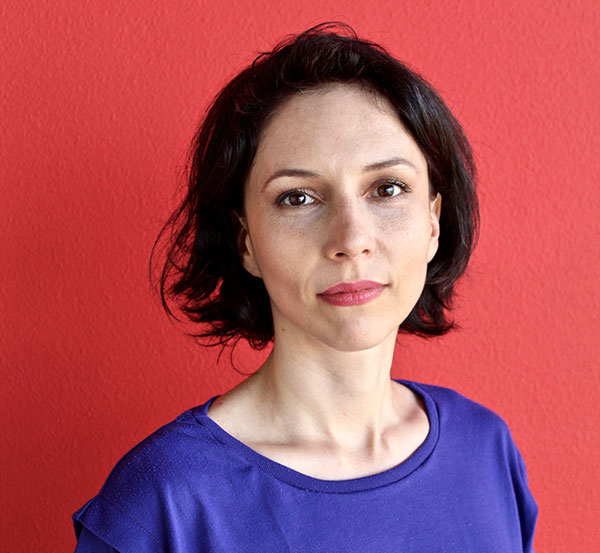 The management of the Academy of Theatre and Dance (ATD) at the Amsterdam University of the Arts has named Bojana Bauer as its Artistic Director for new dance course Contemporary Dance and Performance, which will commence as of 2018-2019.

The management of the Academy of Theatre and Dance (ATD) at the Amsterdam University of the Arts has named Bojana Bauer as its Artistic Director for new dance course Contemporary Dance and Performance, which will commence as of the 2019-2020 school-year at the Academy of Theatre and Dance. The two ATD-courses in modern dance, Modern Theatre Dance and Urban Contemporary (JMD), are joining forces for this new course, which is directed at versatile, co-creating dancers from the full breadth of performing arts, from hiphop to avant-garde.

Bojana Bauer will take the initiative to develop the curriculum for the new course, together with the existing teams. The course Contemporary Dance and Performance shows courage, is edgy demanding, and has the level and ambition to actively and steadfastly contribute to the development of modern dance, performance and theatre. This work space is characterised by its interdisciplinary nature, and combines versatile, and formal and informal styles. Students with passion and their own vision of movement will be guided to become versatile, co-creating dancers.

About Bojana Bauer
Bojana Bauer is a dance- and performance dramaturge and theorist. She received her professional dance training in Belgrade, where she participated in the National Theatre Ballet. Bojana studied dance theory and aesthetics at the Université Paris 8. She is currently employed as a lecturer/adviser at the EX.E.R.CE CCN in Montpellier and at the Université Paul Valéry in Montpellier. Bojana was employed as producer for the Alkantara Festival in Lisbon from 2004-2006. She lives in Paris.

Bojana regularly gives lectures and takes an active part in open debates at installations such as the National Academy of the Arts in Bergen (Norway), the former DasArts (now DAS Theatre) and at various academic symposia. As a dramaturge, she has collaborated with choreographs such as Latifa Lâabissi, Vera Mantero and Mário Afonso, and with the performance artist Pedro Gomez-Egaña.
Bojana Bauer has published several essays and literary works for – among others - Repères, The Walking Theory, mouvement.net and Performance Research.

Jan Zoet, director of the Academy of Theatre and Dance: ‘There has been a long and careful path laid down to reach this new course, which will be central to our diverse society, where both Dutch and international talents can develop themselves as artists at the highest artistic and technical level. In Bojana Bauer we have found an Artistic Director who is deeply passionate about the future of dance, and who dares to go beyond well-known Western dance traditions.