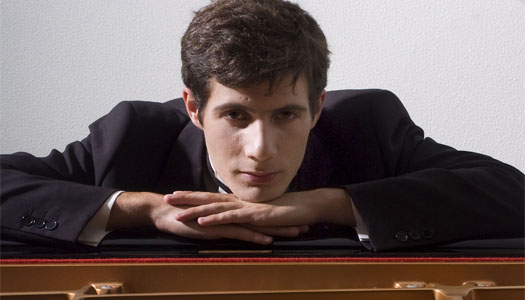 Pedro Emanuel Pereira has won first prize at the 19th edition of the prestigious Santa Cecilia International Competition in Porto. In addition to a cash prize he won a series of concerts to be given in Portugal, Spain and France, and a CD recording to be released by the Spanish label KNS Classical.
In June 2017, Pedro graduated with full marks and honours from the master’s degree programme in piano at the Conservatorium van Amsterdam, where he studied with Naum Grubert.