African Realities - series of lectures about Africa and architecture 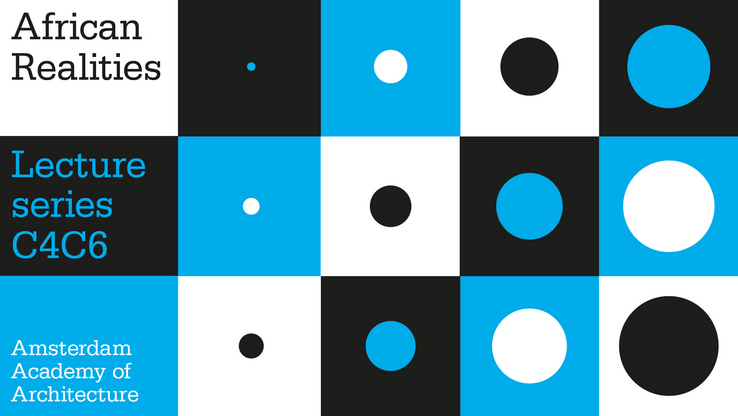 From 6 February to 22 May, the lecture series C4C6 will take place at the Academy of Architecture and in Pakhuis de Zwijger with the title 'African Realities'. Remco Rolvink (urban planner and board member of DASUDA) and Pierre Maas (architect / partner at Rothuizen Architects and expert in the field of monumental cultural heritage in Africa) have put together a series of lectures, which will be the first introduction in the field of landscape architecture, urban development and architecture in all its diversity, for the students of the Academy.

Africa, a huge continent with fifty-four independent countries. Often in the news and therefore sometimes close by, but in our experience just as often far away.

Africa has a rich history with a great diversity of cultures and a totally different climate and landscape than we are used to. Some countries are huge. Algeria and the Democratic Republic of Congo, for example, are almost four times the size of France. In a country like Mali alone, more than thirty different languages are spoken, sometimes as different as, for example, Dutch and Finnish. Rainforests, steppes and deserts are interspersed with vastly expanding urban agglomerations.

Africa is booming. First of all in demographics. Within one generation the continents population will double. This will happen at the country side and in the city. On top of that many people in Africa are searching for better income opportunities. Despite the continents position in a global economic boom at the macro level, many regions have up to 80% unemployment rates. The quality of life, work, education, recreation and travel is far behind. In addition, the continent has now also become the focus of a number of great powers. In particular, the influence of China is very much present and complex.

All these developments have a major influence on landscape, urban planning and architecture. Reason enough for the Amsterdam Academy of Architecture to pay attention to this. Remco Rolvink, urban planner and board member of DASUDA and Pierre Maas, architect/partner at Rothuizen Architects and expert in the field of built cultural heritage in Africa, have put together a series of 14 lectures that will be a first introduction to landscape, urban planning and architecture in all its diversity for the students of the Academy. It will be a tour through many countries. The lecture series challenges us to reflect on our profession and the role we can play in Africa. The subjects are diverse, will often surprise and sometimes confront. In any case, forming a challenge for students to determine a position.

All lectures (in English)

22/5    Studying Built Environment in Africa
•    Pecha Kucha and video presentations by graduates and students of their projects in, for and from African Cities 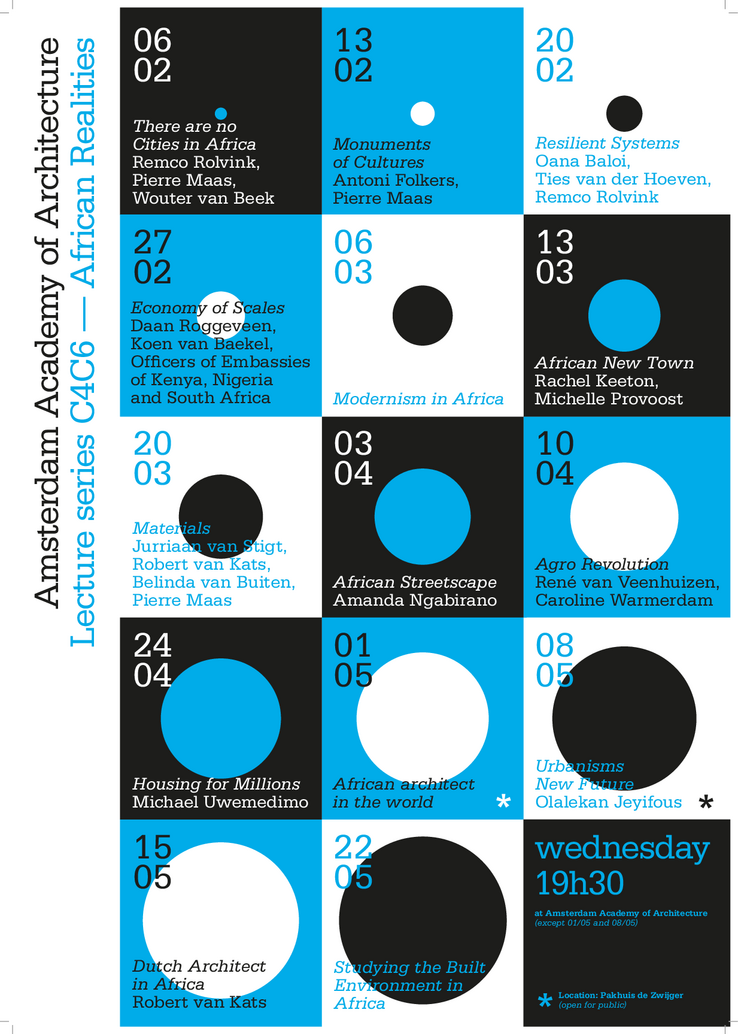