‘We're being cancelled by a 6-year-old vlogger!’ Cabaret duo (ATKA) about their film n00b 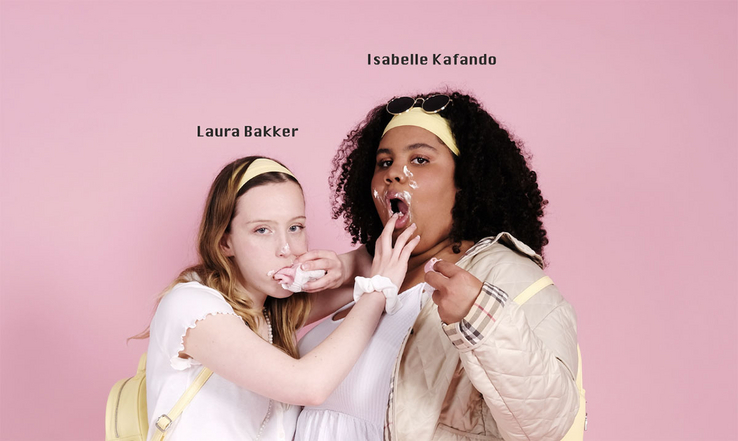 A humorous mockumentary about two n00bs’ is, according to cabaret duo Laura Bakker (25) and Isabelle Kafando (21), the shortest description of their graduation film n00b the musical - the documentary, the final cut with deleted scenes. Floor Öfner (24) is graduating as production manager. ‘The theme is very now: how do you transcend being cancelled?’

A whàt?
Isabelle: 'An inexperienced, ignorant person. It's used a lot in the online gaming world. Not positively, but also not negatively. Because everybody is basically a n00b on this globe and you have to embrace that.

What are we going to experience when watching your mockumentary?
Isabelle: 'You take a look at the making process of a musical about all the social problems. A creative process with many setbacks, in which cabaret duo n00b humorously confronts themselves. For example, they are cancelled by a six-year-old vlogger. Eventually, they discover that the line between good and evil is very thin and cannot be solved by the magical powers of illusionist Victor Mids. In the end, they overcome their own shame and play their cancelled musical after all.’

Your theme is super-connected with the zeitgeist!
Laura: 'Yes! We are fully in tune with today's cancel culture. You are cancelled wherever you are and you can't turn that back. After all, the Internet is an irreversible medium. How do you get over your own shame and transcend being cancelled?’

What is your biggest challenge as production manager?
Floor: ‘That it is a film. In the Production and Stage Management programme, you focus strongly on theatre. So, when we decided on making a film, this was new to me. Yes, indeed, I was a real n00b! Not anymore. I make the schedules, keep an eye on the budget and keep in touch with everyone in the team. I learned a lot from this challenging graduation production.’

Do you personally have experiences with the cancellation culture?
Laura: 'Not yet, but we have a profession in which you choose to be in the foreground and express your vision of the world. Around me I see more and more often: you only have to do or say one thing wrong to go from being very loved to very hated in society. I noticed that I found it increasingly frightening to express myself. Quite scary, but interesting at the same time. Because as soon as you are cancelled, you become almost more famous than before you were cancelled.’
Isabel: 'We show this in our film. From a few tickets sold to sold-out theatres because everyone prefers the "cancelled musical" to the non-cancelled one. An interesting and funny paradox.’

To conclude: How would you promote n00b?
Floor: ‘We make a film in an innovative form; we show the making process of n00b the musical. I don't think anyone has ever made this at school. That's exactly why it's nice to see. And you're going to laugh anyway. And find it uncomfortable, but that's exactly the intention.’ 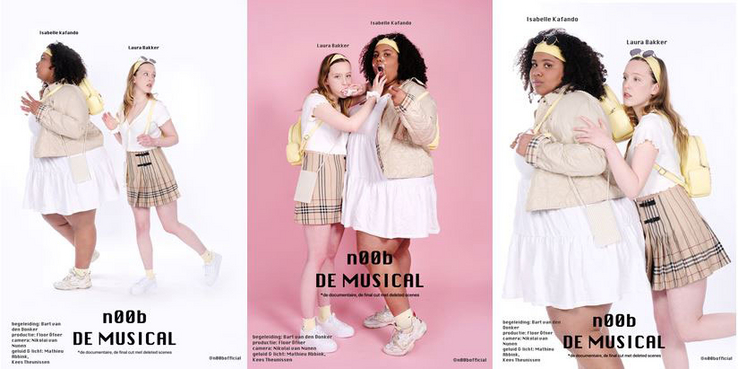 The duo in a typical documentary interview setting. Isabelle: 'In our staged mockumentary we stay in the style of the musical. It is fantasy, humour and extremely realistic.’ Share
Amsterdam University of the Arts>News and events>News>‘We're being cancelled by a 6-year-old vlogger!’ Cabaret duo (ATKA) about their film n00b