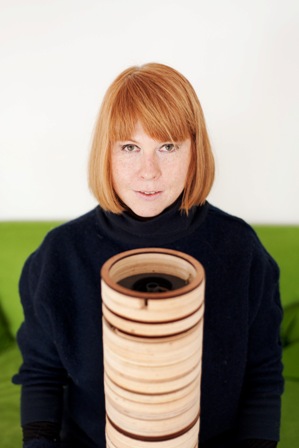 ‘Die Flaktürme were giant bunkers, symbols of megalomania and lust for power so typical of the Third Reich. Yet to thousands of people they also were a refuge and a guardian angel’, says Ricky. ‘Like concrete giants they still dominate the urban landscape. Solitaries in their surroundings, some of them unfinished. Both ugly and beautiful. The years have had their effect: on their outer layers grows fresh moss. Die Flaktürme or what remains of them are undeniably part of Vienna. Silent witnesses of a time my generation has heard of only through stories and films. Many consider the towers unpleasant and unsightly, others are rather more fascinated by these concrete rocks.’ Ricky wonders: ‘These giants still have not found their rightful place in the city. Or is it that we simply do not recognize they have?’

A fascination for Vienna’s no man’s land and its delicate history has led Ricky to take on one of the largest fortification systems of the 20th century as the subject of her graduation project. Die Flaktürme, with their different layers and symbiosis between an indestructible concrete outside and their delicate position in Vienna forced me to recognize how architecture, landscape and their interventions can contribute to the collective mind of the city.

‘Like an archeologist I began peeling off Vienna’s many layers,’ says Ricky. ‘From the years of its foundation till today I came to collect traces conserved within its soil. This way I came to the conclusion that the concrete giants not only are part of Vienna’s fortification, but were also of its underground network and the city’s mysticism. It seduced me to draw a new city map, unveiling both physical and imaginary structures. The map is foremost an impression and can always be enriched with new stories, discoveries, places and spaces which may already have vanished.

Instead of transforming or removing a mythical place, I have constructed a new building, the time capsule. The tower is situated at the intersection of stories, imagination and hidden spaces. An addition to the existing network of the underground city, the tower is deeply rooted into the ground and only accessible through secret doors and corridors, in essence they can be considered time portals. This inverse watchtower is made of fragile concrete, mixed with earth layers.

The transience has been planned and is absorbed in the composition of the concrete which is exposed to weather and other external influences. The tower will not stand eternally, but at least a lifetime. After the last bit of ruin will have disappeared, only a trace of the story shall remain within the collective mind of the people of Vienna.’

Dutch design schools annually nominate their best graduation projects to participate in the prestigious Archiprix. New talents often step into the limelight during its presentation, this year taking place in the Netherlands Architecture Institute (NAi) in Rotterdam in June 2013. 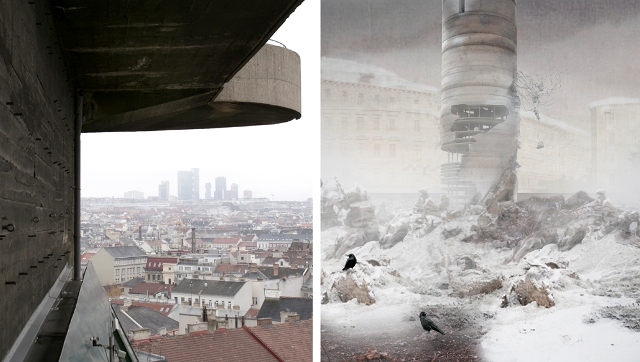