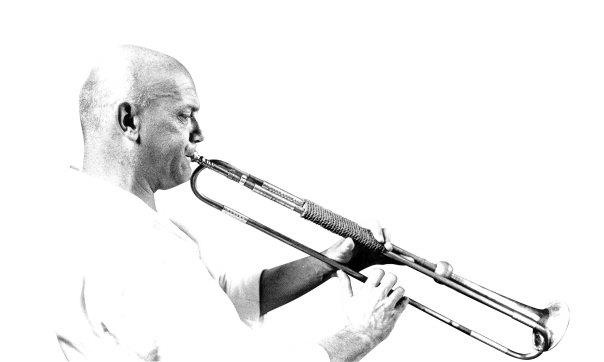 The Early Music Department is very happy to announce that baroque trumpet player David Staff will join the teaching staff as of September 1, 2013. He will succeed Friedemann Immer as principal subject teacher. David is a virtuoso trumpet and cornetto player specialising in music from the Renaissance to Classical periods, also with considerable expertise in more contemporary music. Students of baroque trumpet who wish to study with David, may apply until September 1.

David is a virtuoso trumpet and cornetto player specialising in music from the Renaissance to Classical periods, also with considerable expertise in more contemporary music. David’s busy career has taken him all over the world and he has recorded with all the major companies. He has recorded all of the great trumpet parts of J.S. Bach, including six recordings and some one hundred and sixty plus performances of the notorious second Brandenburg concerto. He has made concerto appearances on both modern and old trumpet in more than twenty countries.

David was twenty three years old when he was invited to be professor of baroque trumpet at both the Royal Academy of Music in London and the Royal Northern College of Music in Manchester. He has also taught at the Guildhall School of Music and the Royal College of Music, both in London. He has given master-classes and seminars for the International Trumpet Guild, the Historic Brass Society and been invited as guest teacher and for masterclasses for universities and conservatoires worldwide. His 'Early brass course' has been a feature at Dartington International Summer School in the South West of England for over twenty years. David has made in depth studies of period performance practises for the sixteenth to nineteenth centuries and made every effort to be informed and up to date with musicological matters, particularly those pertaining to the use of trumpets and cornetti.

David's interest in the instruments themselves led to a 'hands on' practical approach in development and research. In 1991 he started working closely with master craftsman Frank Tomes on the production of faithful, workable copies of old trumpets. In 2007 David became Frank’s apprentice and in 2010 began making instruments of his own professionally.

More about the Early Music Department