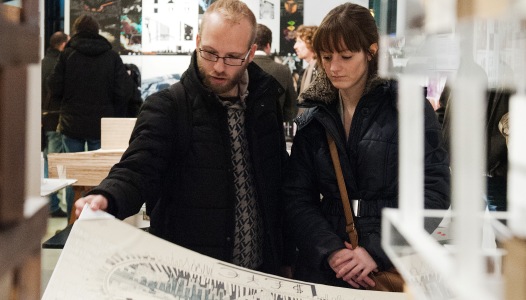 Dutch design schools annually nominate their best graduation projects to participate in the prestigious Archiprix. New talents often first step into the limelight during its presentation, this year taking place in the Netherlands Architecture Institute (NAi) in Rotterdam in June 2013. The Amsterdam Academy of Architecture has nominated four students for this award.

Anna Allis finished her degree with the project ‘Sous le Sable: Souvenir of a Mirage.’ It is the story of an imaginary airport city in the Algerian Sahara, working as a catalyst upon its surroundings.

Visit this page to see the nominated graduation projects.

Exhibition
The exhibitions Archiprix 2013 and Archiprix International 2013 will be on display from June 21 till 22 (17h00) at the Rotterdam Hofpoort on the 18th floor. More information on www.archiprix.nl (Dutch only).