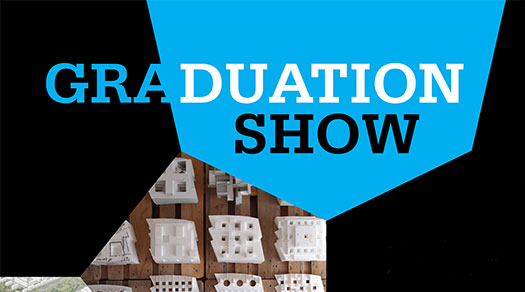 To close the Graduation Show of the Academy of Architecture on 3 November, jury president Aart Oxenaar announced the four graduation projects to be submitted for participation in the Archiprix 2014. The nominees are: Anne Dessing, Marit Janse, Claire Laeremans and Arjen Aarnoudse. Lard Joordens received the audience award with a total of 130 votes for his transformation of the St. Antonius church in Venlo.

This year, there were 26 submissions for the Graduation Show from students of the Master’s programmes in Architecture, Urbanism and Landscape Architecture. The exhibition was opened by the author and journalist Tracy Metz on Friday 1 November. Designer Jurgen Bey served as visiting critic. Aart Oxenaar (director of the Academcy) announced the nominees for the Archiprix 2014 on behalf of the jury.

The nominees
Anne Dessing (Architecture) received her nomination for Omgevingsasticulaties (Environmental articulations), a design-based research into how to realize detached houses in Amsterdam, with the urbanism of Tokyo as the most important source of inspiration. Marit Janse (Landscape Architecture) received her nomination for Zoutkristallen (Salt Crystals), a strategy for reactivating the rich nature of the Dutch national park Oosterschelde. Claire Laeremans (Landscape Architecture) was nominated for De noodzaak voor ruïnes (The need for ruins), a transformation of the forgotten industrial landscape in the old mining region of southern Belgium. And Arjen Aarnoudse (Architecture) was nominated for The Penisula Rediscovered, a complete redevelopment of a neglected peninsula in the Dutch Maas river close to Rotterdam, which could become an attractive recreational area with minor interventions.

Audience award
This year was the first time that votes could be cast via the Academy’s website for the Graduation Show’s audience award. Lard Joordens scooped up the audience award with a total of 130 votes for his transformation of the St. Antonius church in Venlo-Blerick. He was presented with the prize (a trip for two to the Architecture Biënnale in Venice) by Bridget Kievit, member of the Executive Board of the Amsterdam School of the Arts. 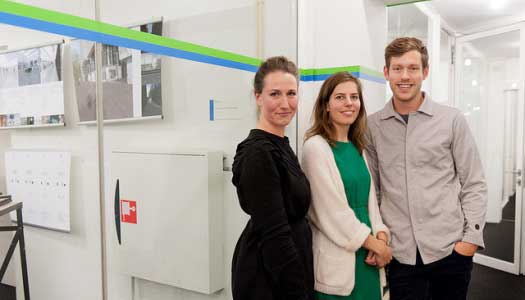