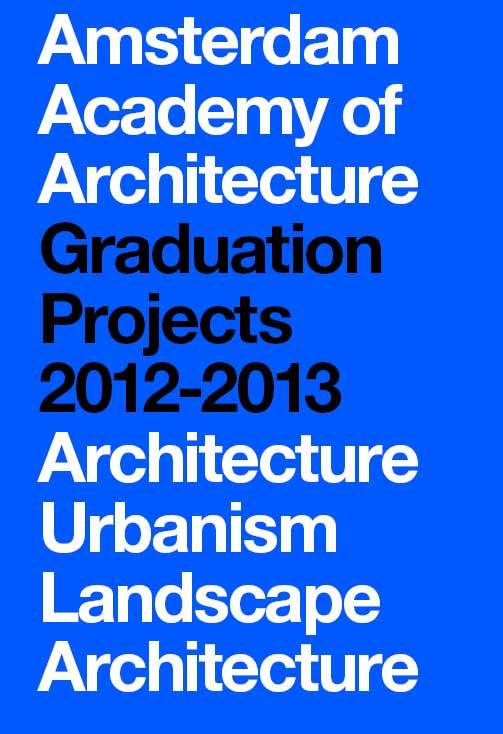 Jarrik Ouburg (head of the department of Architecture) praises the 'new realism' of this new crop of architects who expressly searched for relevant design issues. Marieke Timmermans (head of Landscape Architecture) notes that students increasingly show a strong personal engagement in the future strategies that they propose. And according to programme director Arjan Klok, graduates of the Master's study programme in Urbanism are explicitly distancing themselves from the modernist dogma's ('too simplistic'). 'The students from the class of 2013,' writes Arjan Klok, 'show themselves to be progressive and committed and that demands respect'.

All graduation projects, scale models and plan drawings were exhibited in the Academy building in November 2013. The jury report for the four nominations for the Archiprix 2014, the prize for the best plan from the Dutch design study programmes, is also included. Jurgen Bey, director of the Sandberg Institute, was added to the jury as visiting critic. He wrote the introduction to the catalogue.