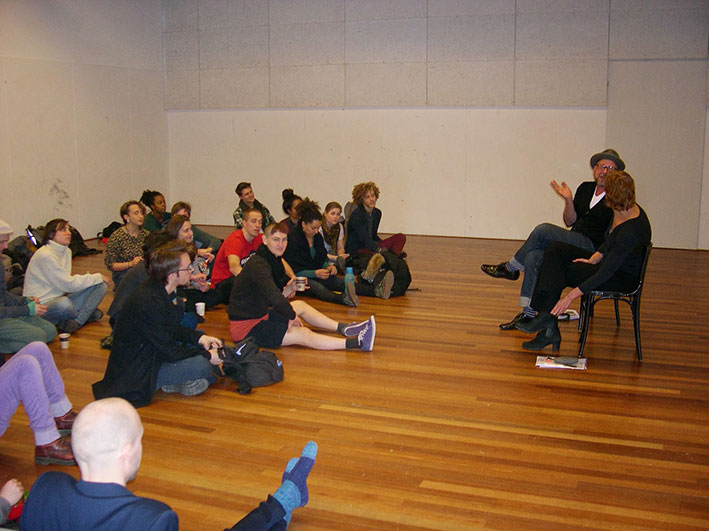 On Friday 7 March 2014 there was an official kick-off of the SNDO & MIME project ENCOUNTER.

On Friday 7 March 2014 there was an official kick-off of the SNDO & MIME project ENCOUNTER. All second and third years students of both departments of de Theaterschool will develop projects focused on two questions: Which audience do you want to share your art with? Where do you want to meet your audience?

The Mime School & SNDO are both Bachelor programmes that are part of de Theaterschool's education unit called: INTERNATIONAL MAKERS. Already for a long time it has been a deep wish from both departments to collaborate in a project. Artistic directors Loes van der Pligt (Mime School) and Gabriel Smeets (SNDO) enjoy the collaboration a lot and are excited about the project. Students responded with great enthusiasm to the proposition in the first meeting

The working period for the process will be 26 May - 20 Jun 2014. Artists like Sara Vanhee and Lucas de Man will be invited to talk about their work, as a source of inspiration.

The students will be organizing themselves in 6 groups around theme's, ideas, preferences for certain audiences or for certain locations. The presentations of the research results, on different locations in and around Amsterdam, will be  announced later this Spring. 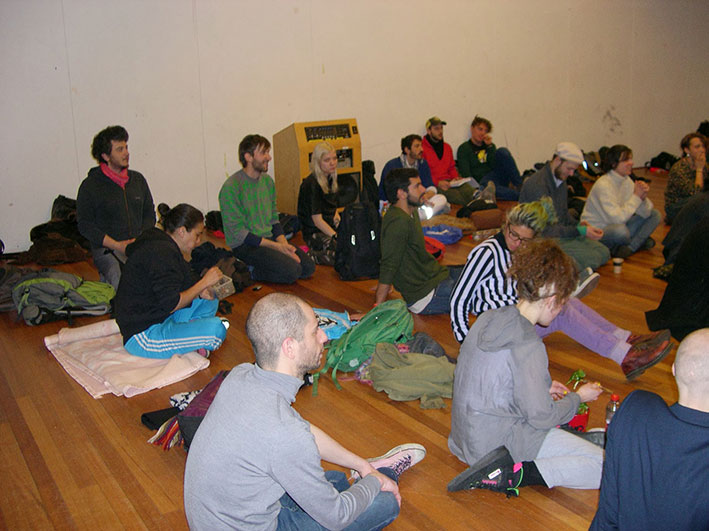