Get to know our Feedback Method 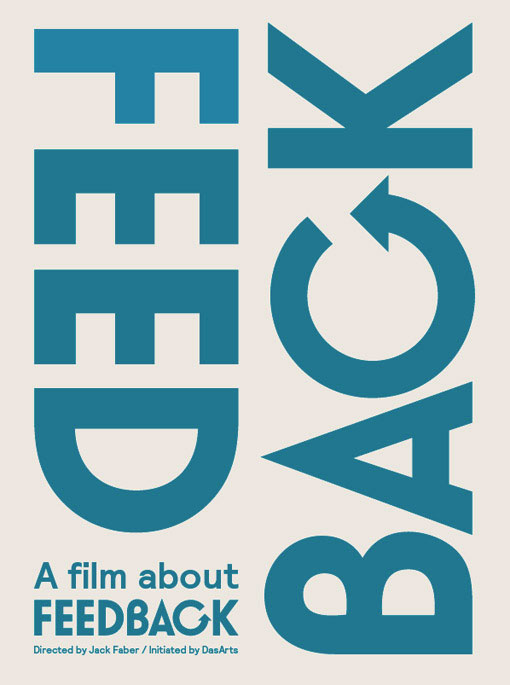 As a result of the continuing interest in the cultural and educational sector for another way of giving feedback, DasArts has been giving more and more presentations and workshops on its own method in the past few years.

Often, DasArts alumni are the ones who moderate such sessions and teach the participants how to apply the Feedback Method to their own practice. Sessions have been held at festivals and at cultural and educational institutes in Germany, Sweden, Finland, Switzerland and Belgium. Below, DasArts alumni and workshop leaders Manolis Tsipos and Sonja Jokiniemi talk about their experiences.

How do you put together a workshop on the DasArts Feedback Method? What is the setup?
Manolis Tsipos: ‘First, I give an extensive presentation of the Feedback Method to the participants. I explain all the different formats and talk about the general philosophy of the whole method. This could last up to 3 hours, including Q&A. After this, the feedback session begins. The artist/feedback-receiver presents his or her work-in-progress; usually this is a 20-30 minute performance. Then, step-by-step, I walk the participants of the workshop through every element and format of the method.’

Sonja Jokiniemi adds: ‘In the introduction, I also demonstrate the different formats with a sample of work I have asked a participant to bring; this can be for example a photograph or some other small object. At the end of the introduction, I invite people to watch the feedback DVD together, since there are also excerpts of interviews with other alumni and with the philosopher Karim Benammar, with whom DasArts originally developed the method. After this, I like to take at least two samples of work in which we apply the DasArts Feedback Method in order to get more ‘hands-on’ practice’.

How big are the groups that participate in the workshops?
Tsipos: ‘For presentations with power point, we can address a large audience, like we did at the Tanzplatform Deutschland. In workshop situations, we try to create groups that do not exceed 15 participants/feedback-givers. However, due to specific needs of some of the host organizations, there have been occasions where the group was bigger. In those cases, we usually divide the group into two: the feedback-givers and the silent witnesses.’

How is the method perceived? What kind of reaction do people have to the Feedback Method?
‘It seems to me that the contemporary performing arts scene is plagued by a significant lack of knowledgeable discourse on the various – and often, cross-disciplinary – artistic practices typical of this scene', explains Tsipos. ‘In my experience, art workers generally are not familiar with a reliable, structured method that can empower a culture of feedback on their work; it is not only about having an opinion, it is mainly about learning how to articulate a subjective viewpoint in a way that produces an open space of reflection on an artistic work.

‘In my experience,’ adds Jokiniemi, ‘people are familiar with some of these tools, yet they have not experienced a method that is as substantial and effective as this as a whole. They are often surprised by how challenging these simple principles can be in practice. For instance, that there can be so many underlying and unintentional judgments in the way we speak. The DasArts Feedback Method really subjects one´s own speech and language to a magnifying lens. Many of the participants find this inspiring. They express the intention to apply the method to their collective processes or to situations they are regularly involved in.’

Tsipos adds: ‘When they are introduced to the DasArts Feedback Method, most artists feel rather awkward; it takes a certain amount of time for people to start trusting it. This is mainly how I understand my task as leader of such a workshop: I’m responsible for the construction of a safe, yet temporary, space, in which all of the people in the workshop are invited to participate in a group effort to move from criticism to critique and finally to criticality. In other words, moving from the airing of judgements to a discursive culture that includes differences amongst artistic practices.’

What moment or highlight sticks with you after giving feedback workshops for the last few years?
‘For me, says Jokiniemi, ‘the workshop in Finland comes to mind. There, we collectively translated the English language used in the feedback method into Finnish. This was a good collective practice and it was also context-specific. My role as an instructor transformed throughout those few days; I felt we were growing as a collective, giving each other tools and helping each other articulate. We developed into a collective thinking body in such a short time, and that is empowering and important,’

Tsipos: I think of the workshop I led in Stockholm, where the participants were teachers at Konstfack (University College of Arts, Crafts and Design in Stockholm, Sweden, ed.). All of them had an artistic practice of their own but this was mainly seen as a ‘side-job’, next to their teaching practice. One of them took the ‘brave’ decision to show his artistic work to his colleagues; this would be the first time one of them was actually demystifying his ‘other’ work to the rest of them. Emotions were high; at the end of his feedback session I initiated an after-talk. Both as teachers and as feedback-givers or feedback-receivers, they felt in fact grateful for the trusting environment that had been set up which enabled them to expose their artistic selves to their colleagues. For many, it was the first moment they realized that their artistic practice is not only painting and not only teaching, but it is both of them.

The more the method is repeated, the more the participants feel that their opinions matter and that they are co-responsible for offering meaningful feedback to the artist who presents a work that is in progress. Knowing that you're the next to receive feedback increases this sense of responsibility. And so, feedback can become a gift. So far, in every workshop I’ve led, the participants have expressed a strong determination to use the method in the future. This is always a rewarding moment’.

If you are interested in hosting a DasArts Feedback Method presentation or workshop, please send an email to dasarts@ahk.nl.

Feedback is a central tool at DasArts. Read more about it here
The interest expressed by colleagues was the reason for making a video about our method. You can watch the video online via our Vimeo Channel  or you can order the DVD by sending an e-mail to dasarts@ahk.nl. In return, we ask you to donate to the DasArts Trust Fund which has the mission of financially supporting DasArts students.


About Tsipos & Jokiniemi
Manolis Tsipos (Greece) graduated in 2012 at DasArts. Currently being active in an international network of choreographers, performance makers and thinkers, his work is presented in various contexts. Furthermore, he is working as mentor of the 3rd year SNDO students and as dramaturge for other artists. Tsipos has been leading workshops on the DasArts Feedback Method in HKB/Bern (Switzerland), Tanzplatform/Hamburg (Germany), Südpol/Luzern (Switserland), Konstfack/Stockholm (Sweden). This year he’ll be leading a few more including Tanzhaus/Dusseldorf (Germany), Supsi/Verscio (Switserland) and HKB/Bern (Switserland).

Sonja Jokiniemi (Finland) graduated from DasArts in 2013. Currently she creates solo performances revolving around the notion of language, embodiment and anthropomorphic objects. She is supported by STUK Leuven and Zodiak Centre Helsinki, and presents her work internationally. Jokiniemi has been leading workshops on the DasArts Feedback Method at ESKUS/Helsinki (Finland), Südpol /Luzern (Switzerland) and Workspace Brussels/Brussels (Belgium). 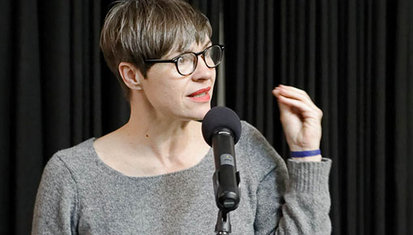 Interview Barbara Van Lindt: A powerful shift in feedback culture at DasArts
Share
Amsterdam University of the Arts>News and events>News>Get to know our Feedback Method