From Oil to Graduate School 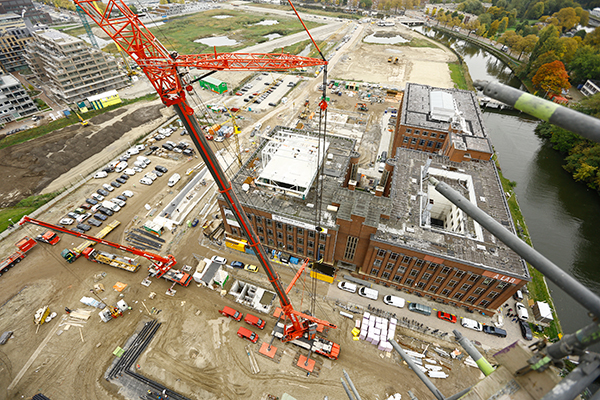 In spring 2006 part of de Theaterschool will take a giant leap across the IJ to North Amsterdam. The Amsterdam University of the Arts has purchased Grootlab laboratory complex where the oil company Shell carried out research for 100 years.

At least, it has bought one third of the building (the other two wings are home to the A-Lab workspace for the creative industry and to London-based Clink Hostel, a youth hostel with 1200 beds). Add to that the large number of new-build projects in the surrounding area, including the EYE film Museum, the luxury apartments, and the non-stop activity in the nearby A’DAM Tower – as well as the backwaters of the old working-class districts – and you’re faced with an inevitable question: should we keep all the windows and doors tightly shut, or throw them open? A conversation with Marijke Hoogenboom.

Graduate School
The Art in Education faculty will be making its home on the lower floors of Grootlab, and de Theaterschool will occupy the top half, where there will be space for project-based learning (which used to take place on the Lindengracht) and the newly established Graduate School, which is made up of two masters programmes run by de Theaterschool and Marijke Hoogenboom’s Performing Arts in Transition research group. So masters education and artistic research will be taking centre stage at the Graduate School.

Marijke Hoogenboom: ‘While the renovations in the Grootlab were still going on and the new rooftop theatre space was rising, a group of us got down to detailed talks. The members of the group were our director Jan Zoet, Barbara van Lindt (DasArts – Master of Theatre), Jeroen Fabius (Amsterdam Master of Choreography) and myself. The four of us would sit around the table over a full year and a half. Keeping in mind each other’s differences at all times, we slowly grew towards each other, and we presented our plan in April 2015.’

The two masters programmes each have their own unique history, their own specific practice, and we put everyone’s wishes for development and collaboration under the microscope. The impact on theatre of cuts to the culture budget played an important role in growing towards the idea of the Graduate School, of course. Marijke: ‘There’s a real shortage of places for research and experiment in this area, and that made us realise all the more what a rare and precious place a school can be. There’s a growing demand among young theatre makers for the opportunity to develop within the school. The existing masters programmes will be expanded somewhat – DasArts has broadened its profile to take in curators, programmers and producers, for example – and together with Gwenoële Trapman we’re looking into the possibility of starting a third masters programme that connects with her vision of creative producing. The research group will also provide more opportunities for teachers to carry out research, and our future plans include facilitating alumni in their doctoral arts studies.’

Local School
Turning her attention to the school’s new home on the banks of the IJ and the impact of this location, Marijke says: ‘No matter how intense and extreme the developments in North Amsterdam are, it’s all simply the reality of the world we live in. It’s a classic example of gentrification, similar to what you’ll find in any major city. We’re right in the middle of an urban development driven by economic forces whose primary orientation is the city centre. The borough’s older neighbourhoods are barely involved.’

Marijke sees this situation as compelling the Graduate School to take a clear stance: ‘As a public institution, we are part of both the sector and of society. Just like individual artists in these times we need to question our place in things. I believe it’s time to show our true colours, to more clearly define and communicate our identity – in the first place through the way we engage with the world around us.’

This was the reasoning behind making space at the heart of the Graduate School building for the so-called Local School. In a tangible sense it is a welcoming, open space for encounters that go beyond only the arts and education; in an intangible sense, it is a mentality intended to trickle down into everything that happens there. Marijke: ‘We want to be part of a relationship, to commit to keep on working on that relationship time and again. As a first move, we decided that Barbara, Jeroen and I will share an office. And the same applies to the producers, the technicians, the programme coordinators and the administrative department. It will take time for everyone to adjust to this change.’

‘The toughest and most exciting exercise is becoming receptive to what’s around you. Can we hear and see the questions lying around waiting to be answered, and can we make space for them within the school? Fortunately, in recent years several key cultural figures have associated themselves with North Amsterdam. There’s Floor Ziegler and her Noorderparkkamer, for example, and Chris Keulemans who set up the Tolhuistuin. Chris was recently a mentor at DasArts for the Talking with Places study block that saw students and staff really get to know the area (around the Graduate School) ahead of the move.’

So the Graduate School is going to be throwing open its doors and windows after all – to connect with the immediate surroundings, with professionals in the field and with colleagues at de Theaterschool on the Jodenbreestraat. ‘What we do here,’ explains Marijke, ‘needs to be a real addition to what’s going on at other places in town – in the theatres, and at de Theaterschool, for example. We’ll share with them the results of research conducted here, and we’re keen to these results in with the findings of individuals and institutions focusing on overlapping issues. This sort of exchange is vitally important for our new haven in Amsterdam North.’


Save the dates:
On 5 and 6 February 2016 the DasArts Master Proof presentations by Leila Anderson, Orion Maxted and Agustina Muñoz are presented in the new building. For more information go to Theaterschool-agenda.

The opening of the Graduate School and the Academy of Fine Art in Education is on Friday 22 April 2016. The openings act will be officially performed by the Mayor of Amsterdam Eberhard van der Laan. More information will follow soon. 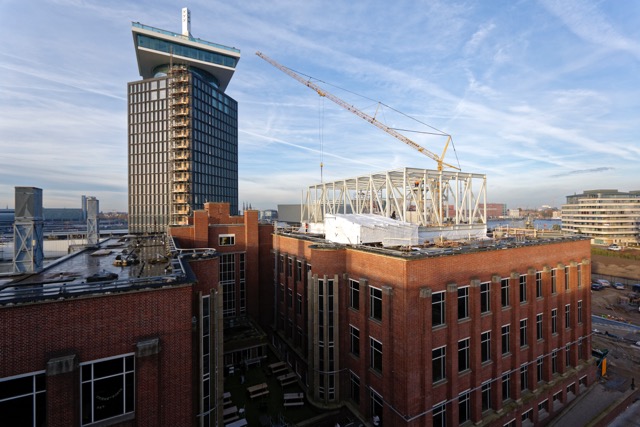 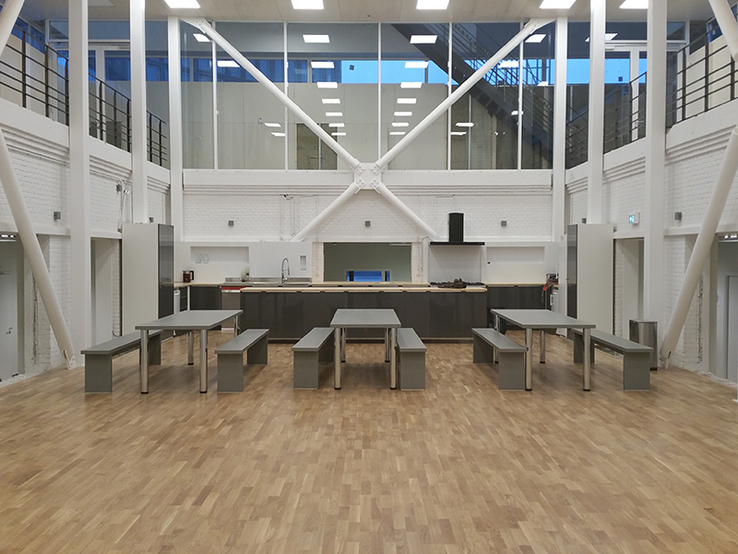