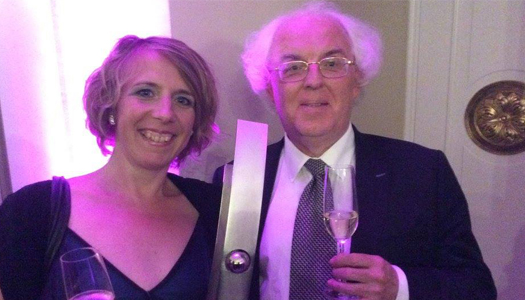 Doris Hochscheid and Frans van Ruth have been awarded the prestigious ECHO Klassik for their CD series ‘Dutch Cello Sonatas’.

Doris and Frans received the award on October 10th, during a gala concert at the Berlin Konzerthaus in Berlijn.
So far seven CD’s have been released in the Dutch Cello Sonatas series. The next CD will be recorded in July 2017.

On November 20th, Doris en Frans will give a concert in the Dutch Masters Series, together with students from the master's degree programme. More information