Bernard Haitink promoted to Commander of the Order of Lion 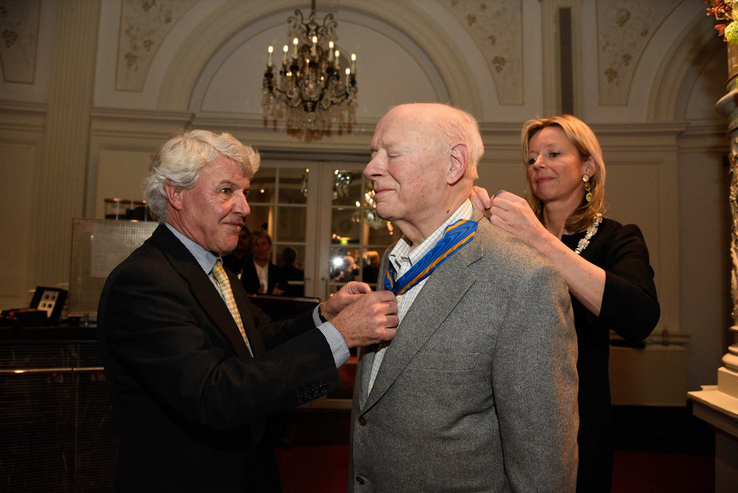 On February 16th, our alumnus Bernard Haitink was promoted to Commander of the Order of Lion of the Netherlands, one of the highest and oldest civil orders in the Netherlands.

The order was handed to him by deputy mayor of the city of Amsterdam Kajsa Ollongren and Coen Sandberg of the Dutch ministry of Culture.