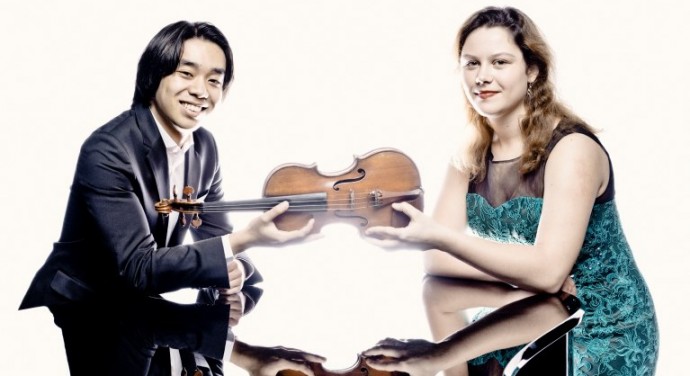 Violinist Shin Sihan and pianist Anne Brackman have wonthe Dutch Classical Talent 2017 final. They have won an amount of  €10, 000 and a concert to be given at the Concertgebouw on Saturday June 10. Shin Sihan studied  at the Sweelinck Academy, the Conservatorium van Amsterdam's young talents programme, and continued his studies at the Royal Conservatoire in The Hague. He forms a regular duo with Anne Brackman, who studied piano as well as flute at the Sweelinck Academy and now studies with Frank van de Laar in the final year of the bahcelor's degree programme.

The Audience Prize was awarded to pianist Casper Vos, a student with Jan Wijn at the Conservatorium van Amsterdam, who graduated from the master's degree programme in 2014.