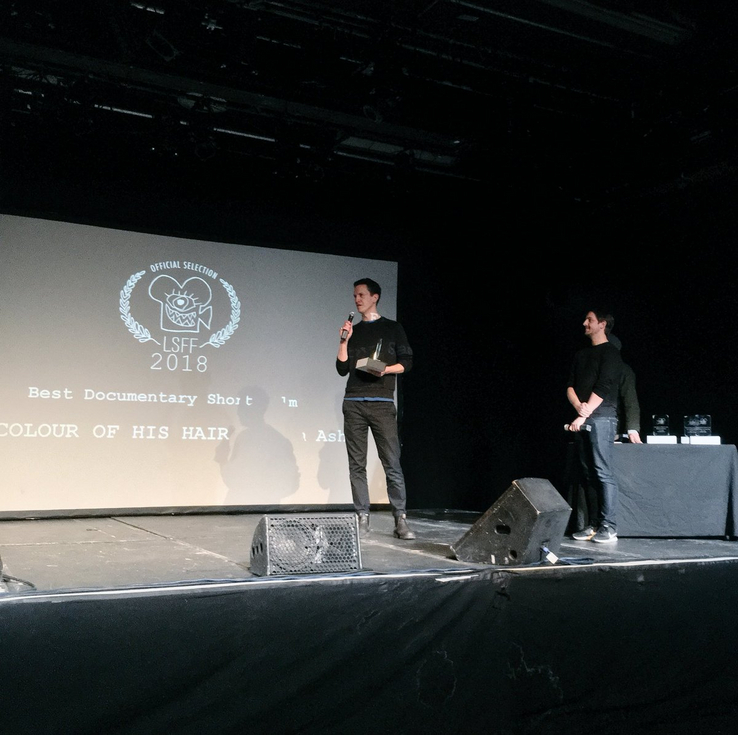 The Colour of His Hair by Sam Ashby has been awarded in the category Best Documentary during the 15th edition of LSFF 2018.  Sam Ashby (class of 2018) is an artist, designer, and writer from London. Since 2010, he has been publishing Little Joe, a unique forum for the discussion of film around subjects of sexuality and gender within a queer historical context. The Colour of His Hair premiered at the International Film Festival Rotterdam in 2017.

LSFF is an annual event that presents the best in UK short film-making talent. The LSFF Competition selection featured 36 exceptional UK and International short films selected by the LSFF programming team from over 2500 submissions.

Lucile Hadzihalilovic grew up in Morocco. Then, moving to France at 17, she studied art history before graduating from the Paris film school IDHEC (now La Fémis). Her debut mini-feature La Bouche de Jean-Pierre premiered in Un Certain Regard in Cannes in 1996. The critically acclaimed feature Innocence was awarded Best Film in San Sebastian in 2004. Her latest film Evolution picked up the Special Jury Prize in San Sebastian in 2015. Both films were sold and released world-wide. Additionally, Lucile Hadzihalilovic has directed a few short films: Good Boys Use Condoms (1998), Nectar (2014), De Natura (2017)

Katie Jarvis
Since first being street cast at an Essex railway station as the lead in Andrea Arnold’s Fish Tank (2009), Katie Jarvis has been a household name in British
independent cinema. The role won her awards in Edinburgh, the BIFAs and Critics Circle. After taking a hiatus to concentrate on raising her family, she has returned to acting in shorts, TV and in new feature Two Graves (Gary Young, 2017).

Lili Hartwig is a curator, presenter and festival manager from Hamburg. She studied film and media culture, and since 2005 she has been working for several film festivals in Germany, including the International ShortFilmFestival Hamburg, on the selection committee at Dokfest Kassel and the Dokumentarfilmwoche Hamburg and is on the board of directors of the Hamburg ShortFilmAgency