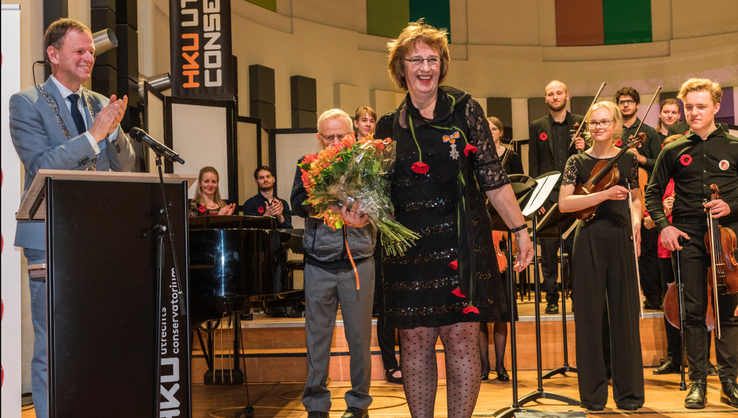 Harpist Erika Waardenburg has been appointed Knight in the Order of Orange-Nassau. She received the royal decoration during a concert by pupils of the Academy for Musical Talent, of which she is the co-founder, on December 16th.

Erika has been awarded the royal decoration in appreciation of her enormous contribution to the education of young harp talents. She has been a teacher at the Conservatorium van Amsterdam for many years, coaching young harpists to the highest level of excellence. Many of her students have reached the top of their profession and enjoy international careers, such as Gwyneth Wentink, Lavinia Meijer, Miriam Overlach and Remy van Kesteren.

Together with her husband Raoul Chênevert, who was also appointed Knight in the Order of Orange-Nassau, she founded the Academy for Musical Talent for exceptionally gifted musicians up to 19 years of age.