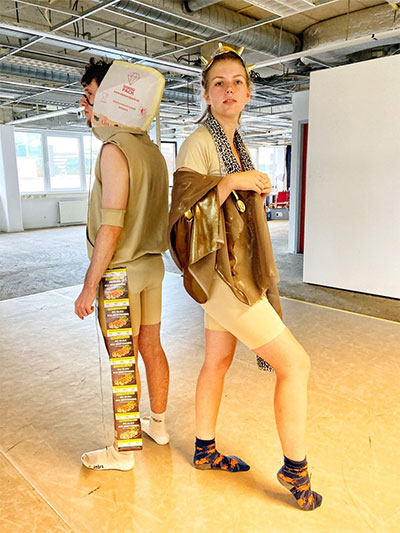 Instead of a study trip to Belgrade, this year the students focused on various districts of Amsterdam. The assignment the students were given was: Imagine your vision of the identity of an Amsterdam neighborhood in the form of a theatrical fashion performance. Base yourself on research in the neighborhood: its history, architecture and the way in which residents shape their lives and themselves.

Curious about what they have achieved?
Watch the recorded live stream of the performance No Fashion Sho 2020 here.