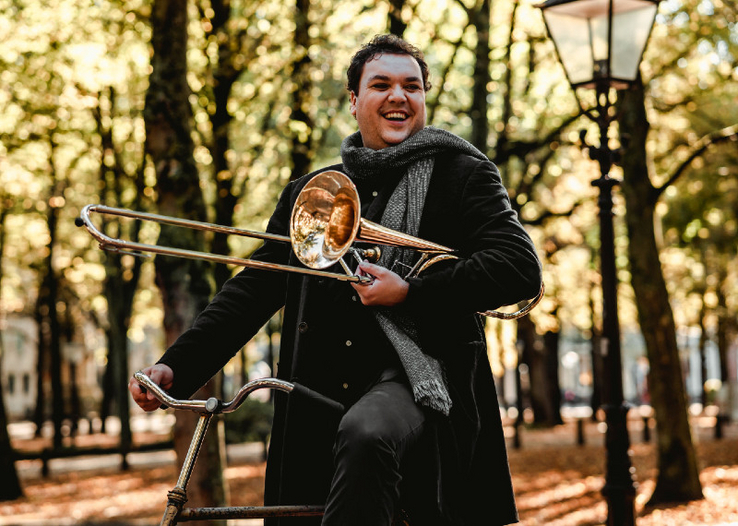 Trombone player Sebastiaan Kemner will receive the 'Nederlandse Muziekprijs'. The award will be presented by Ingrid van Engelshoven, Dutch minister of Education, Culture and Science, at The Doelen in Rotterdam on Saturday November 21. The ceremony follows a performance by Kemner during a concert of the Residentie Orkest. The programme of the concert is composed by Kemner himself.

Sebastiaan Kemner (1990) studied with Jörgen van Rijen, Pierre Volders and Remko de Jager at the Conservatorium van Amsterdam. In 2015 he completed his masters degree with the highest of honors.