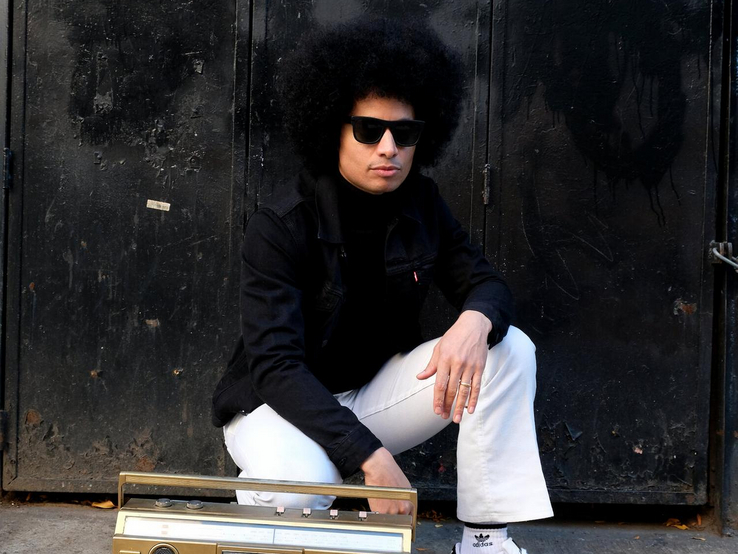 We are thrilled to welcome José James as new faculty member at the CvA Jazz Department. Jose' will be working with ensembles, give music production masterclasses and band coaching for vocalists.

Composer/vocalist José James (US) is often referred to as a jazz singer for the hip-hop generation; he combines jazz, soul, drum’n’bass, and spoken word into his own unique brand of vocal jazz. He released several well-received albums, earning him awards such as an Edison Award and a L'Académie du Jazz Grand Prix. He was signed by the famous Blue Note label before starting his own label/collective Rainbow Blonde.

Talia Billig, or Taali is a singer, songwriter and music entrepreneur. As a solo artist she released two albums and several singles and EPs. In more recent years, Taali founded Rainbow Blonde Records, a label and worldwide collective she runs with her creative partner, R&B/jazz vocalist José James, and engineer and producer Brian Bender. She was nominated for a 2021 Grammy Award in the category Best Arrangement, Instruments and Vocals on her Becca Stevens collaboration “Slow Burn.”