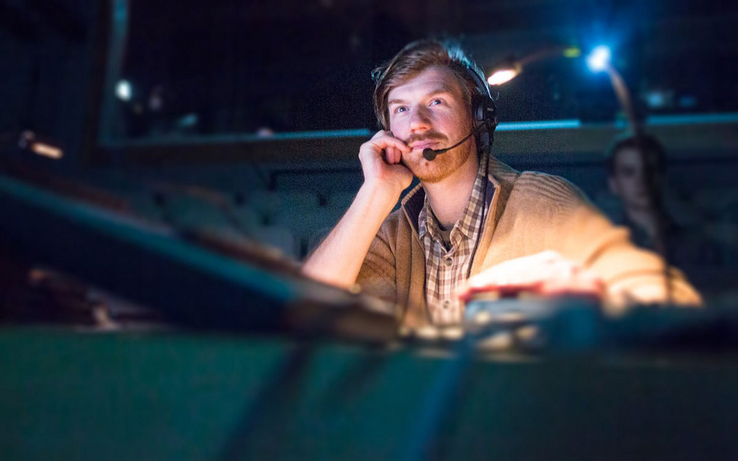 The directorate of the Academy of Theatre and Dance (ATD) of the Amsterdam University of the Arts has appointed Gertjan Houben as the new artistic director of the Design & Technology and Technical Production (Associate Degree) study programme. He succeeds Eddy Westerbeek who will retire at the start of the new academic year.

As independent Lighting and Projection Designer, Gertjan Houben has made lighting designs for more than a hundred theatre performances, events and television productions. He was also responsible for implementing lighting designs by some of the best designers on Broadway. Thanks to experience gained by working in both the largest and smallest theatres of New York and also at festivals, in television and during concert tours, Gertjan has acquired a thorough understanding of all aspects of the production process.

Gertjan Houben graduated in 2000 from the former Technology and Theatre study programme at the Academy of Theatre and Dance. In 2017 the study programme was renamed Design & Technology. The new name reflects how  modern technology and digital processes have increasingly turned theatre technicians into designers and inventors. Besides this four-year bachelor study course, there is also an abridged HBO study programme called Technical Production (Associate Degree) that, since 2017-2018, caters specially to students seeking to further their skills after completing a Stage and Event Technology study programme at MBO level.

Soon after graduating in 2000, Gertjan Houben worked as a light programmer for various top productions in the Netherlands, including for Musicals in Ahoy; Tiësto in Concerts; Sensation Amsterdam Arena; Lion King in Scheveningen, Hamburg and Paris; Pinkpop; Lowlands; Blue Man Group in Amsterdam, Tokyo and Oberhausen and André Rieu concerts from the Vrijthof in Maastricht to Radio City Music Hall in New York. During this time, he had the opportunity to travel around the world and build an extensive network in the industry. In 2008 Gertjan moved to New York City, where in 2011 he obtained a Master's degree in Lighting Design from the NYU Tisch School of the Arts, Department of Design for Stage & Film. In addition to his work as a freelance designer, he has been associated with Muhlenberg College in Allentown, Pennsylvania as a resident lighting and projection designer since 2012.

Gertjan Houben about his experience:
‘With my experience in the education systems in the United States and because I have progressed from technology to design, I can offer a unique vision for the future of the Design & Technology and Technical Production (Associate Degree) study programmes. Video, Scenography and Light are increasingly intertwined and the visual designer is the translator from the creative to the technical. I look forward to applying my broad knowledge of technology to the future theatre makers of ATD.’

Marjo van Schaik, interim director of the Academy of Theatre and Dance:
‘Gertjan Houben has undergone an interesting development from theatre technician to lighting designer in the theatre. I’m sure he will prove a valuable asset to the academy and help to develop the curriculum. The Academy of Theatre and Dance is extremely pleased with his return to the Netherlands.’

About the Design & Technology and Technical Production (Associate Degree) study programmes:
You can find more information on our website-page