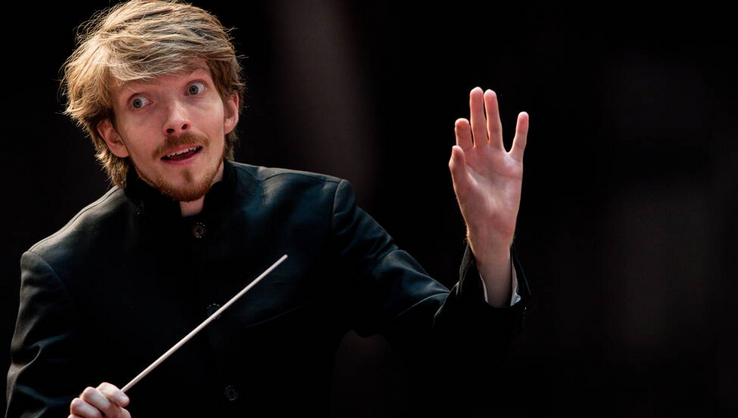 At the final concert of the Gstaad Conducting Academy 2021 Andreas Hansson was awarded the Neeme Järvi Prize. With this win, Andreas will be invited to give guest performances at the Orchestre de Chambre de Lausanne and the Philharmonie Südwestfalen.
After two intensive weeks of working with the Gstaad Festival Orchestra under the guidance of Johannes Schlaefli and Jaap van Zweden, Andreas was appointed as winner of the festival.
Andreas graduated in June 2021 from the National Master in Orchestral Conducting where he studied with Kenneth Montgomery, Ed Spanjaard and Jac van Steen.

De National Master of Music in Orchestral Conducting (NMO) is a prestigious two-year master's programme offered jointly by the Conservatorium van Amsterdam and the Royal Conservatoire The Hague. This programme is presented in cooperation with several Dutch orchestras, including the Netherlands Philharmonic Orchestra, the North Netherlands Symphony Orchestra and the Residentie Orkest.
The National Master in Orchestral Conducting is supported by Het Kersjes Fonds.