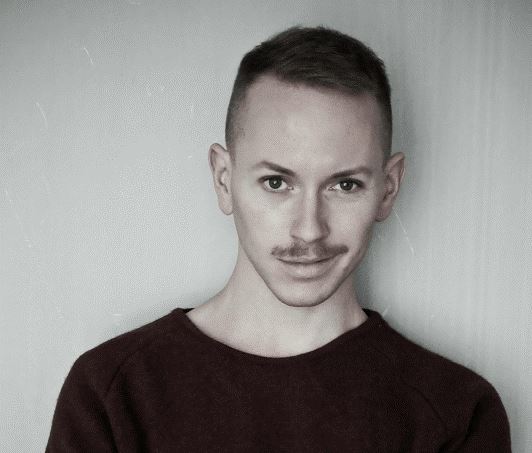 Alumnus of the Scenography program Paul Boereboom (1980) can call himself winner of the Cultuurfonds Harry Wich Stipendium 2021. This stipend is awarded annually to up-and-coming talent in theater design.

Paul Boereboom graduated this year from the Scenography study programme and as the winner receives € 12,500 with which Paul can further develop his talent within the field.

The Scenography study programme of the Academy of Theatre and Dance has won the prize for the third time in its five-year existence!

Jury report
The jury on Boereboom's work: 'Paul Boereboom has added something to his already existing practices. He creates rich, complete and fantastic images with beautiful concepts. His use of light is beautiful, he is good with costumes and is a universal scenographer. He combines his predilection for the analogue, physical and experienced with virtual reality to create a nice contrast. It is nice that the distinction between these two worlds flows seamlessly into each other in his work. The attention Paul has for the body is interesting. Once every few years you have a new person who will amaze all eyes. Paul is truly innovative and takes his innovative work to the next level.' The jury this year included scenographer Wikke van Houwelingen, scenographer Sanne Danz and Dorine de Vos, designer and the widow of Harry Wich.

Nominees
The other nominees were Lisa Edberg (Minerva, Groningen), the duo Pleun Verhees and Sjaan Hofstede (HKU) and Roel Leenders (Toneelacademie Maastricht), the three of whom will receive €1,000.

About Harry Wich
As a novice theatre designer, Harry Wich (1927 – 2002) himself received a scholarship in 1952 to study at The Slate School of Art in London. For many years he worked as a set and costume designer for Dutch National Opera, Dutch National Ballet, many theater companies and the Hague Comedy.

Harry Wick passed away in 2002. His widow, Dorine de Vos, set up a named fund with the Prince Bernhard Cultuurfonds: "It is time to pay attention to the scenography profession, which is currently very underexposed. In this way, Wich passes on what , as a young student, made a world of difference. Also in prizes and stipends: Voilá: Wich's stipend for scenography! For image, costumes and light!" The stipend for scenographers in the coming years will be awarded from this Harry Wich Fund.