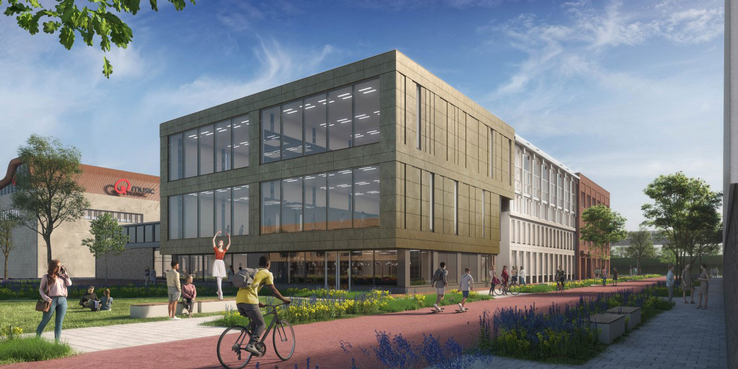 “Numerous potential existing locations and new building plans have been reviewed since 2006”, says Erik Duiker, who took over the ‘Dutch National Ballet Academy New Building’ dossier from his predecessor in 2011. But the ideas bit the dust one by one. “That is until Zadelhoff|Nijkerk approached us three years ago. The firm had acquired a new plot for redevelopment, a stone’s throw from the Amsterdam Overamstel metro station, and asked if we – the AHK – might be interested. Initially, we looked at whether the Conservatorium van Amsterdam could move there too, but in the end it was decided just to accommodate the Dutch National Ballet Academy there”.

Seven ballet studios
The Dutch National Ballet Academy will occupy two units of the new building designed by PPHP Mollink Soeters, and a third unit will house offices for third parties. The great thing about the new building, according to Erik Duiker and Ernst Meisner, artistic director of the Dutch National Ballet Academy, is that the academy’s schedule of requirements formed the starting point for realising the new building. Duiker says, “The new premises will have seven ballet studios, one of which will also be used as a big performance space. And there’ll be classrooms for regular and theory lessons, rest rooms, offices and all sorts”. Meisner adds, “At last, there’ll be no more shortage of studios. Not just for us, but also for the other dance courses at the Academy of Theatre and Dance, who’ll get more space at the Jodenbreestraat premises when we leave”.

As all the classes of the Dutch National Ballet Academy will be sharing the same building, the teachers and staff of the academy won’t have to continually travel back and forth either. Duiker says, “Another point is that the Agamemnonstraat location, which now houses the preliminary course, is outdated with regard to comfort, ventilation and the dimensions of the studios. Such a location really isn’t in line with the current status and ambitions of the Dutch National Ballet Academy”.

Ideally situated
Important points in the choice of Nicolaas Tetterodestraat for the new premises were its central location and good accessibility. Duiker says, “From the nearby metro station, it takes only quarter of an hour to get to Dutch National Opera & Ballet, which houses Dutch National Ballet, and to the Gerrit van der Veen College, where the pupils of NBA 3 to NBA 7 take their regular education. In addition, there are various train stations within easy reach and plenty of parking spaces at the new premises, which is particularly important for the parents of the youngest pupils”.
Meisner says, “It will also still be easy and quick to get to our present location in the Academy of Theatre and Dance at Jodenbreestraat. We’ve absolutely no intention of creating a sort of ‘ballet island’ at the new premises. We want to continue working intensively – and preferably even more intensively – with the other courses at the Academy of Theatre and Dance”.
The new building is part of a residential area to be developed further in the coming years. Duiker explains, “There’ll be homes and shops, and a park will be created next to the Dutch National Ballet Academy’s premises”.

End of a ‘headache dossier’
For Duiker, the new premises mark the end of what could be called a ‘headache dossier’. “You can’t imagine how many wonderful, unrealised plans are stashed away in my cupboard. Over the years, I’ve watched them all fail on the point of exploitation and funding. But like the leading ballet academies in Paris, London and Toronto, for example, the Dutch National Ballet Academy also deserves to be housed in a top location. So along with the whole academy team, I’m incredibly happy that this ambition can now be fulfilled at last”. 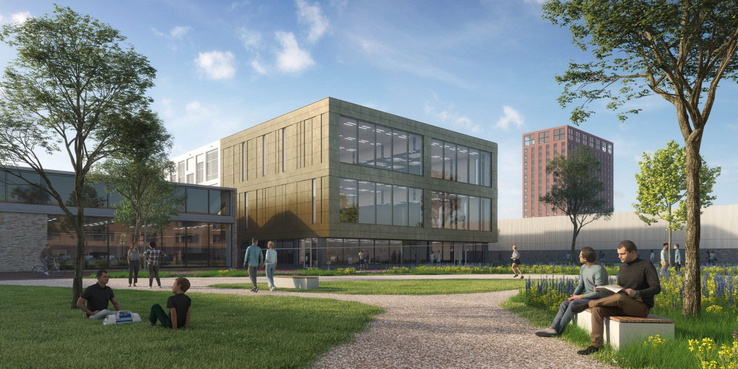 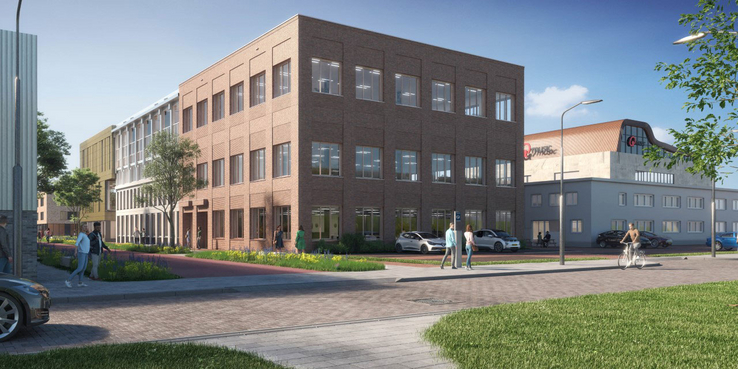 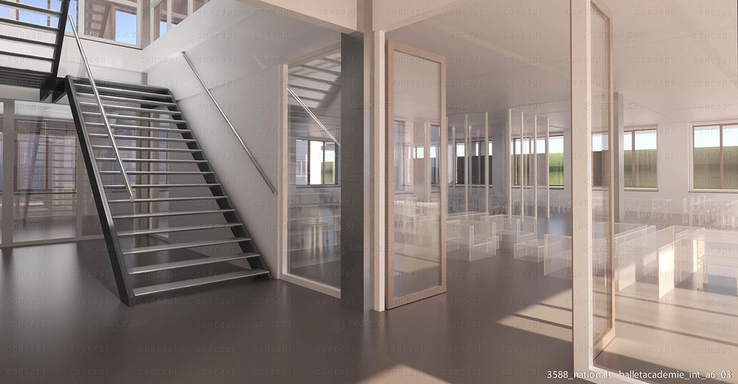 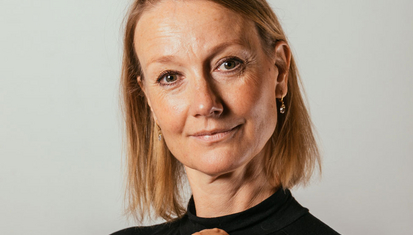 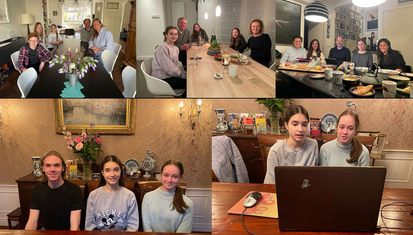 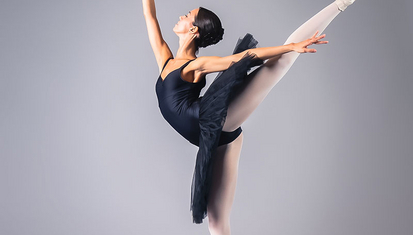