‘I often feel panic about the future’

A comet is heading towards the earth. In three weeks time, mankind will become extinct. In Dying Days, the graduation performance by Rosa Kreulen, Yara Brand and Ziggy Knel of the Amsterdamse Toneel&Kleinkunstacademie (ATKA), three young friends say goodbye to life. A story about hopelessness, bursting with life energy.

In short, what is the story of Dying Days?
Rosa: ‘The world ends. An all-destructive comet is heading towards planet earth at a murderous pace. Humanity has an expiry date of only three weeks. We meet three friends in the last days of their lives.’
Yara: ‘Cali, played by Rosa, is surprised on her 23rd birthday by her friends Nero, played by Ziggy, and Misja, played by me. Together they end up in a limbo of birthday songs, burning candles and wishing that none of it was true.’
Ziggy: ‘Without a future or hope for better times, they cling to each other. They try to say goodbye to a life that has only just begun.’

Rosa, you wrote the text for this performance. What inspired you to do so?
Rosa: ‘I got the idea from my favourite song 5 Years by David Bowie. In that song, he describes a street scene just after mankind has been told that the world will end in five years. A bizarre and intriguing still life of complete chaos and panic. I found that very beautiful. I wanted to capture that image and feeling in a play.’

Is there a similarity with Don't look up, the hit film on Netflix?
Rosa: ‘Don't look up focuses on the social aspect of dealing with world problems, and the collective denial of it. In Dying Days, I focus on what it would mean to me, a young person, if I were faced with an early final chapter.’

What would you do if you had three weeks to live?
Yara: ‘I wish I could do everything I ever wanted to do. But actually, I think I would prefer to play board games with my friends and family. And cook a lot.’
Rosa: ‘I would run around for two weeks like a frightened rat. And then, during my last days, I would retreat to nature with my loved ones. Nothing original or meaningful, in any case.’

What is the play about for you two personally?
Yara: ‘For me, the performance is about "endings". And we all have experienced them. The end of a relationship, the end of a series, the end of a long school period. I am sometimes so fixated on new beginnings that I forget that the endings may have just as much value. That I can and may dwell on them as well.’
Rosa: ‘For me, themes like saying goodbye, friendship and the search for meaning are important. We often talk about the fact that the performance is about graduation. I find that a nice comparison. Since my graduation, I often feel panic about the future, the great unknown. The ending and that this ending is also a new beginning. And that it is all, unchangeably, rushing towards you.'

So it's not about the climate crisis?
Rosa: ‘For me it's a natural duty to relate to the current climate crisis and take responsibility for it. Because I'm part of the young generation, but also because I make theatre and therefore get a platform to say something. I definitely think that Dying Days reminds the audience of the seriousness of the climate crisis, although it is not explicitly mentioned. We are mainly concerned with the powerlessness that people feel in attempting to make a real difference.’

That sounds depressing. Is there nothing we can do?
Rosa: ‘Yes, but I often have the feeling that we are all just shouting at our own navels. Instead of actually solving something together. Maybe that's a bit of a depressing perspective, something I share with my generation. I do believe that a better climate begins with your own actions. But sometimes it is difficult to see the results of that.’

With what feeling do you hope your audience will leave the performance?
Rosa: ‘The performance is about hope, friendship and the greatness of the small individual human being. I hope the audience can laugh about what we all do all the time. About how that is both sad, funny, crazy and absolutely necessary.’
Yara: ‘I want our audience to leave the theatre with a sense of hope. But also, with a little more fear about the climate crisis. And the will to stop it.’

Dying Days is the graduation performance of Rosa Kreulen, Yara Brand, Ziggy Knel (ATKA) and Asun Gaaikema, Hessel Hilgersom (Design & Technology).
The performance can be seen from 14 to 17 June in the Theaterzaal at the Academy of Theatre en Dance.
And 25 juni in Brakke Grond - Expozaal - ‘Theater voor het begin van het einde’.
Click here for more infromation and tickets. 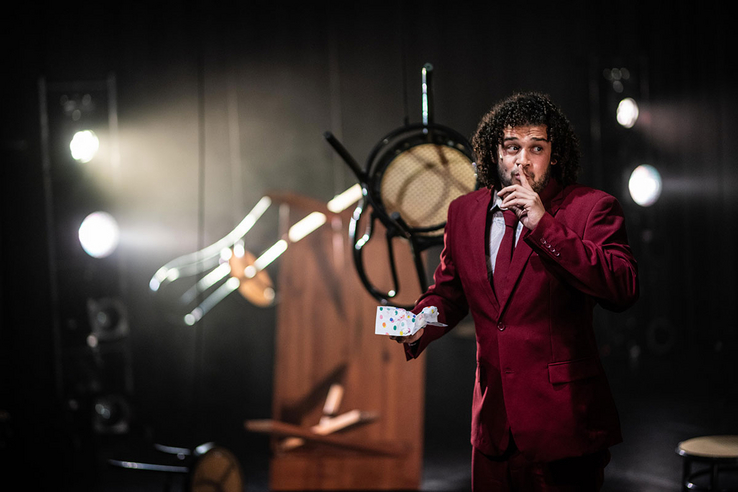 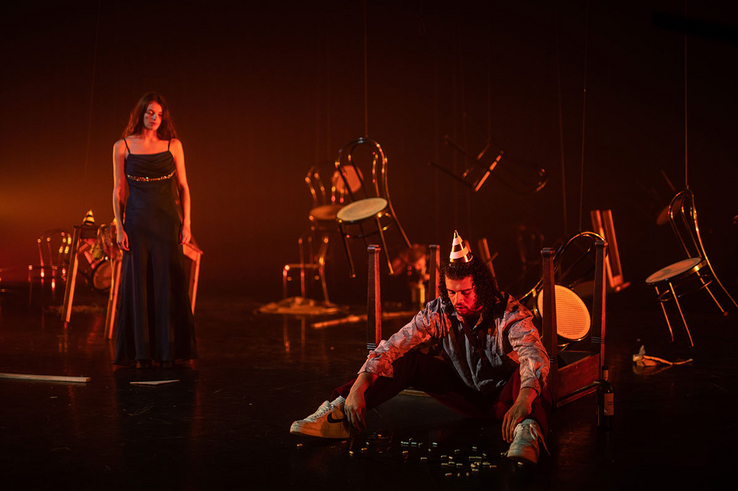 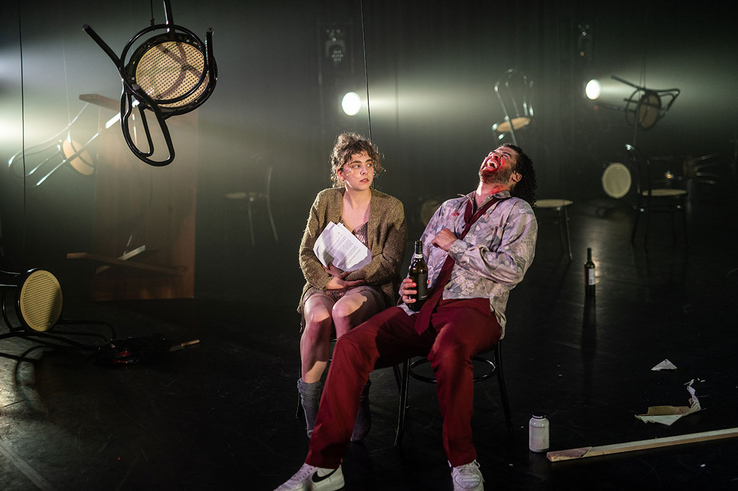 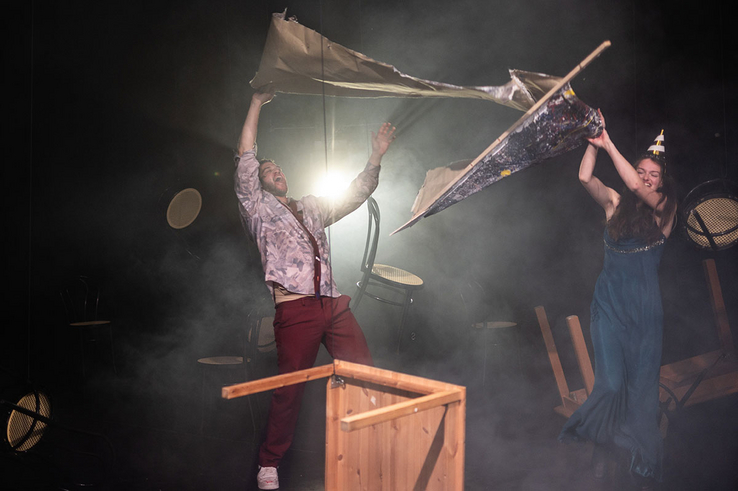 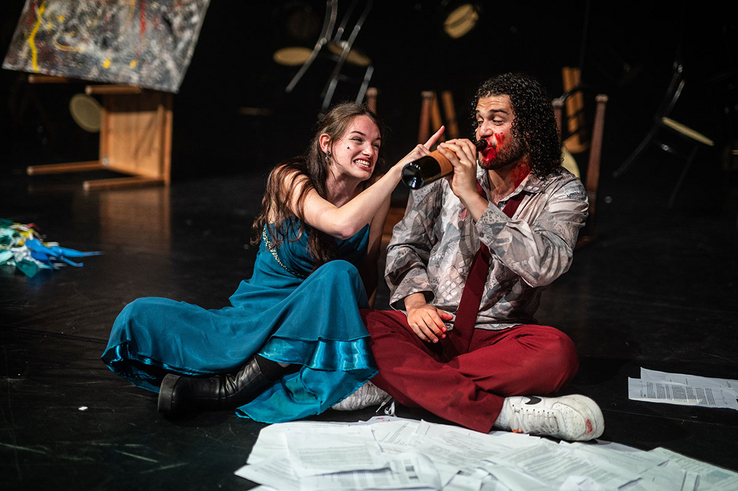 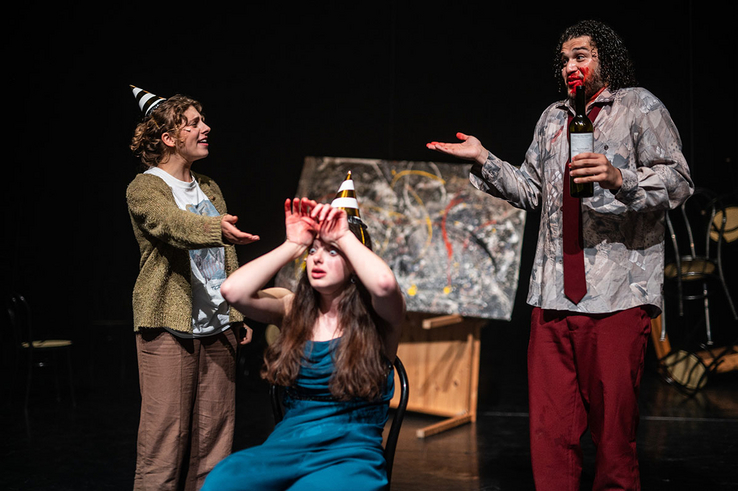 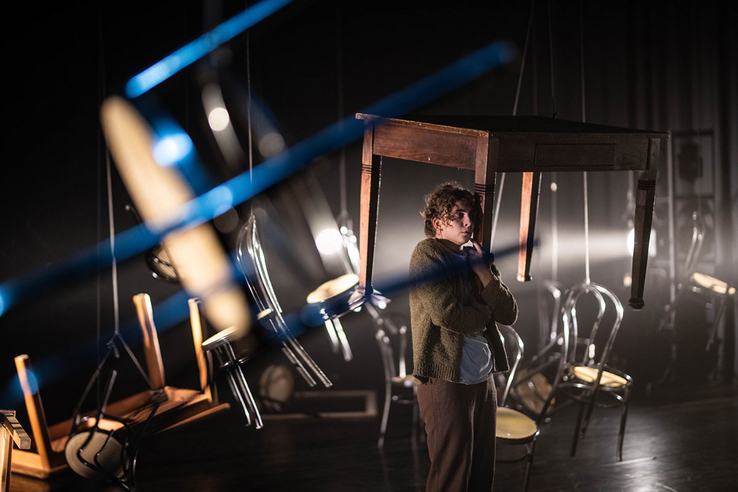