Okke Westdorp appointed as director of the Conservatorium van Amsterdam 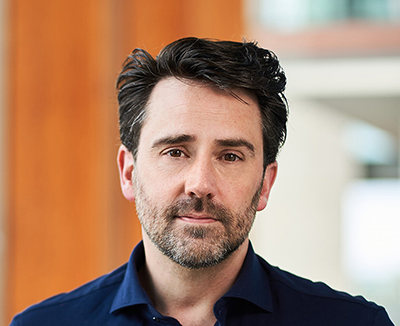 The Executive Board of the Amsterdam University of the Arts has appointed Okke Westdorp as the new director of the Conservatorium van Amsterdam (CvA) from 1 September 2022. He succeeds Janneke van der Wijk, who left the CvA early 2022. Okke Westdorp is well known to the staff and students of the conservatorium: since September 2017 he has been deputy director as well as head of the Classical Department and the Music in Education programme of the CvA. In recent months he has been interim director together with Joachim Junghanss. His move to director has been agreed with and supported by the academy council and the selection committees involved in the recruitment process.

Okke Westdorp (1981) studied horn at the Royal Conservatoire in The Hague and Organisation, Culture and Management at Utrecht University. Besides his work as a horn player with the Residentie Orkest, he substituted with all major Dutch orchestras. After his career as a musician, he was active as fundraiser with the Residentie Orkest before working as a manager in higher education. He was, for instance, head of classical music at Codarts Rotterdam. Okke is also active as a supervisor and holds various board positions.

Bert Verveld and Annet Lekkerkerker, Executive Board of the AHK, react: "Over the past years, we have come to know Okke as a skilful, committed and amiable deputy director, with a keen eye for current social issues and the role of the Conservatorium van Amsterdam in these discussions. Under his leadership, the conservatoire is in good hands. We have every confidence that Okke will continue to build the internationally prominent music institute that the Conservatorium van Amsterdam is and look forward to further collaboration."

"It is extremely honourable to fulfil this role," says Okke Westdorp himself. "The CvA is a top international institute with a wide range of musical styles. In the coming years, in addition to all the creativity and excellence in the field of craftsmanship, the connection with society will certainly become more central. I look forward to continuing to work with the exceptionally dedicated teachers and staff."

Joachim Junghanss, deputy director and head of Jazz/Pop at the CvA, is also looking forward to working with Okke as director. "From day one, I have found the collaboration with Okke to be very collegial and extremely constructive; I look forward to its continuation. I am convinced that Okke has all the qualities to represent the whole conservatoire very adequately as director."