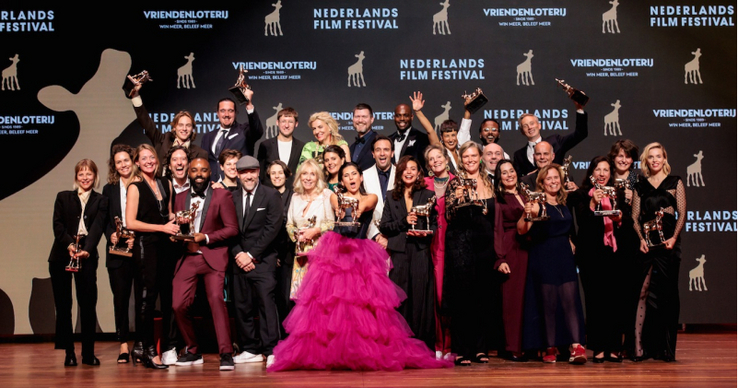 On Friday, September 30, the Golden Calves 2022 were awarded during the Gala of the Nederlands Film Festival in Utrecht. Productions and creators of feature films, short films, documentaries, television dramas and digital culture have been honoured in 21 categories. Eleven of these major prizes were awarded to AHK alums, among which Ella van der Woude also received a Golden Calf for Best Music.

In 2010, Ella graduated in Singing at the Pop department of the Conservatorium van Amsterdam, after which she followed a master's degree in Composing for Film. She now composed quite a few film scores, including those for Take Me Somewhere Nice by Ena Sendijarevic and Instinct, the debut by Halina Reijn. Her work for Moloch, a film by Nico van den Brink, has now been awarded.

Ella is proud of the prize. She is the first woman to get this award: "I'm very proud of the Moloch crew and everyone who participated in the making of the score. This is the first golden calf going to a woman for Best Music and it's about time! ⚡️ It's been very relieving to see many women awarded for their work this year."

You can find more information about the Moloch project and Ella's work for it, on her website.