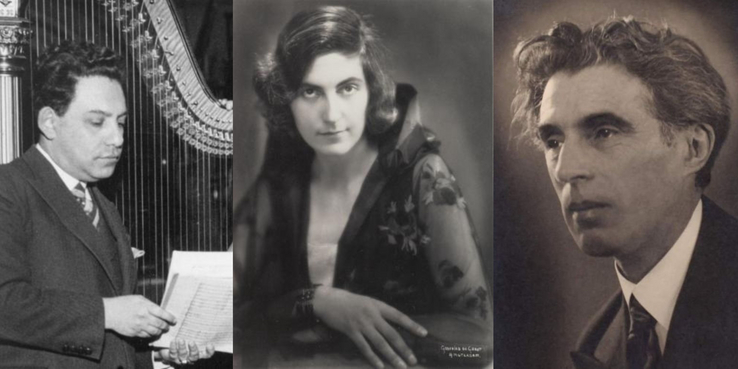 During World War II, many composers were persecuted, and their music was banned from public performances. The Leo Smit Foundation has been working for 25 years to find this music and bring it back to the stage, says founder Eleonore Pameijer. After a successful first edition of the Forbidden Music Regained Festival, you can attend the second edition of the Festival on November 12. This year the focus lies on chamber music.

Value during wartime
'You, music and nature: these are the bright realities of my life.' Composer James Simon wrote to his love Toni in 1939 about 'focusing on what is most precious', at a time when terrible things were happening around him. He is one of thirty-five musical talents whose works were banned and recovered by the Leo Smit Foundation. 'Many works were left lying around during the war, in cupboards, desks or libraries,' Eleonore explains. 'After the war, the focus was on reconstruction and so the pre-war repertoire was forgotten.' The Leo Smit Foundation has been working with the Netherlands Music Institute and publisher Donemus for 25 years to find, digitize, and print the lost music.

Making a performance tradition
Last year, the Conservatorium van Amsterdam performed the recovered music for the first time. 'Our piano students played world premieres of music that was restored after some eighty years,' says Frank van der Laar, piano teacher. 'During their studies, students often play Bach, Beethoven, Brahms, pieces of which there is already a great performance tradition. But these forgotten pieces are so diverse, and often never performed before, so students have to come up with their own interpretation and vision. In addition, it is very valuable to see how different composers dealt with the miseries of the time. They all did so in a very different, very individual way.'

Composer highlighted: James Simon
Similarly, James Simon's string quartet will have its world premiere on 12 November. As with the other composers, you can see in James's story a necessity to practice his craft. 'Music was his life. So much so that his son called him 'otherworldly',' says Eleonore. He continued to seek refuge in music until the last moment: 'He probably wrote the string quartet, that will be performed at the festival, in Theresienstadt, the Dutch transit camp. There was no score of the piece, just four separate parts for the instruments.' After several years there, James was transported to Auschwitz: 'The last people saw of him was him sitting on his suitcase with a piece of pencil, still writing music. It's nice to see that this drive finally gets the attention it deserves,' Eleonore said.

Would you also like to be at the Forbidden Music Festival? Find more information here.