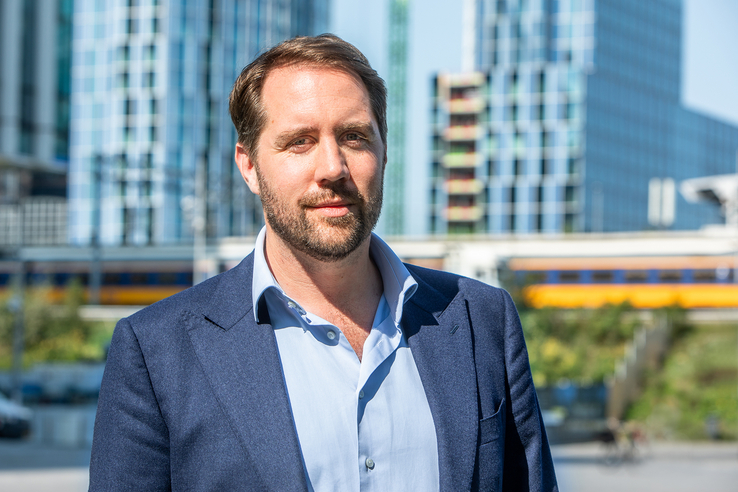 David van Traa has extensive experience in the city of Amsterdam, particularly in the areas of urban development, culture and cooperation between knowledge institutions, the business community and the government. As general director of the Zuidas Directorate, he leads the spatial transformation of a new area in the city in which housing, employment, social facilities and public space are being realised on a large scale. He is also the supervisor of the infrastructure project ZuidasDok on behalf of the municipality of Amsterdam.

Van Traa holds a number of administrative and supervisory positions at various cultural institutions. He is a board member of Felix Meritis and a member of the Supervisory Board of the Nieuwe Helden foundation, a collaborative platform of cultural makers.

Jan Anthonie Bruijn, chairman of the AHK's Supervisory Board, says of the appointment: "With David van Traa, we are taking on a skilled and ambitious director with a large network in administrative Amsterdam. He has extensive experience with social issues in the field of innovation, urban development, sustainability and culture. He also has extensive experience with finance and operations in a complex organisation with many stakeholders. This experience fits well with his future portfolio in the AHK Executive Board, which is of great value to the university."

Annet Lekkerkerker, president of the Executive Board from 1 March 2023, is very pleased with the appointment of David van Traa. "His extensive experience, his great commitment to the city of Amsterdam and the importance he attaches to art and culture are of great value to our university. I look forward to his arrival and to working with him."

The AHK's University Council has advised positively on the appointment. A delegation from the participation council (a student member and a staff member) formed part of the application committee.