Igor Dobricic studied dramaturgy at the Academy of Dramatic Arts in Belgrade, (former) Yugoslavia. Between 1995 and 1999 he worked as a dramaturge for the Belgrade International Theatre Festival (BITEF). From 1999 onwards he is living and working in Amsterdam. Between 2000 and 2004 he was a student of DasArts. Till December 2008 he was a programme officer for the arts at the European Cultural Foundation. In that role he initiated the project platform ALMOSTREAL.
He is regularly collaborating with a number of choreographers and theatre makers (Nicole Beutler, Keren Levi, Diego Gil, Katrina Brown) and for the last three years he is teaching concept development at the School for New Dance Development (SNDO). His long-standing professional interest lies in the exploration of parameters of performative action in-between different fixed contexts (theatre and visual arts, professional and non-professional status, individual and group work, aesthetics and ethics).

Table Talks
Table Talks has been emerging from a personal desire to conceptually examine and consolidate Igor’s professional experience of a dramaturge and a teacher active in the fields of performance and dance. The position of the dramaturge in the field of non/para verbal theatre is notoriously unclear. Starting from this obscurity dramaturgy, which till now existed only as a repeated act of direct, ”blind” engagement with different artistic and productional circumstances, Table Talks investigates individual working procedures by exploring their potential and testing their limits. For that purpose Table Talks uses the format of a conversation and the act of building tables together as a basic research subject.
The title points toward a situation of an open discussion. In the same time it suggests elements of performativity that should transform the surface of a table into the stage for a joint discursive situation. During the research period Igor sets up specific circumstances and “stages” his own dramaturgical conversations. Conditions of this staging are reflected already in the title of the research – for Igor, conversations ARE nothing else but Table Talks. In this sense, relevance of a table both as a concrete object around which we gather and as a metaphor for a transitional space created between the partners in conversation, will be thoroughly explored in the course of the research, through a concrete production of a table or/and conversation around it. Final goal of this research is twofold - to clarify a professional practice by controlling and testing its parameters and to extrapolate certain more general knowledge about social and cultural relevance of a conversation as a process of communal production. Apart from a sequence of performative actions through which research is going to present itself to the public, the other main instrument of dissemination and documentation will be an internet platform, a “virtual desktop” constructed out of the archived materials accumulated in the course of Table Talks. 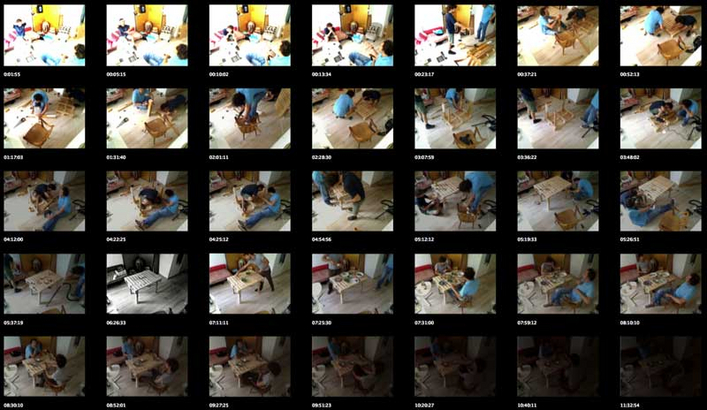