Research Group Social Justice and Diversity in the Arts

Opening up to being moved 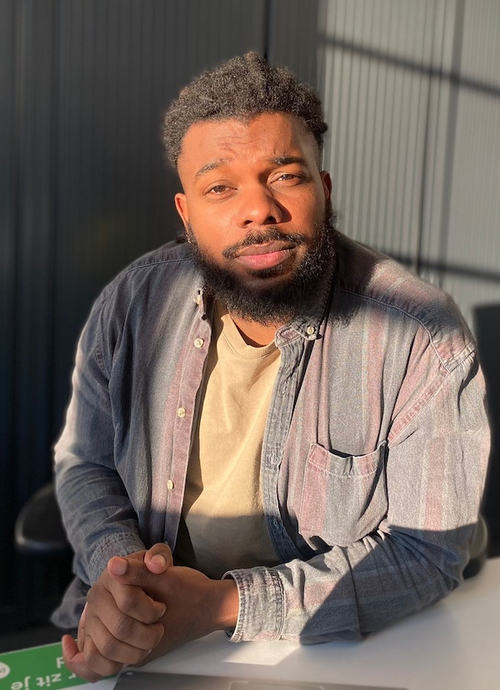 When I think about the stories that I was told when I was a child, I always wondered how my peers knew them so well. Usually when those stories ended there was a catch, some type of lesson or moral. If done right you really made a connection, something shifted emotionally. Sharing this story with you reminds me that I never really felt caught before. I might have enjoyed a story, but I never really went there. I would not allow myself to get caught up in feelings or get moved in a deep way. I avoided emotions, I cannot tell you exactly why.  Maybe it was because I was confronted with so many cultures within my family with so many stories all wrapped up, who knows. Until I had that one experience, that time when I finally got caught.

It was an early day. The sun was out, crisp, the light hurt my eyes. The plan was to make a decision that would benefit not only me but also my surroundings. In the days leading up to that decision my dad played an important role. He’s the one who got me thinking. From my point of view I thought he lacked insight, curiosity and also some kind of courage. Little did I know that what he kept telling me would hit me with a magnitude you can’t even fathom.

He is always so joyful. Available for those who reach out to him and sturdy towards those who deny to be helped. It’s a mind boggling thing to watch as he only starts his day with a coffee. Just one coffee after a night's rest of about 4 to 6 hours. Smiling, available as I just mentioned, and on his way to make someone else’s day even better.

The areas that we often clash on are exactly that availability. My presumption was always “but they don’t wanna be helped, so why bother?’’ And there he went again with that patience, that smile, that point of view where I from my high horse felt it lacked everything that I mentioned before. He kept repeating: “They can’t help it and if you can see that, be nice, be giving. It’ll make everything better.”

So I mentioned before that I felt caught right? I learned that my peers could tell stories because they received them again and again orally. Somewhere along in my household, maybe because my parents split, the stories  disappeared. So I looked for a way to orally affirm myself so that our regaining of sharing stories would not wither away anymore. I decided to start a podcast with my father and capture this process. I felt like this was going to be a legacy for my father and I and it would be something to look back on for when he’s going to be in his older days. We have so many pictures of a distant past we don’t touch on often any more.

That morning with the crisp sun, I was meeting a family member. Someone who I know doesn’t open-up a lot about “true’’ feelings. He didn’t even look at me but just hugged me tightly. So tight that I could feel his heartbeat. Bum-bum-bum, bum-bum-bum. Bum…bum… and slowly it quieted down. He said thanks and walked away. As if coincidence was an actual puppeteer, my dad saw the moment. He smiled and briefly said: “I told you so.”

Then and there I realized the necessity and strength of sharing our podcast. Because this can be a gift for someone to receive the conversation that most don’t have with their parents or even significant others. When my relative held me and I felt it could open-up someone who carries such a burden I knew this track that I'm on needs to be accessible for others too. It needs to be accessible so that it can be found for those who gave up because their story felt withered away.

My thanks is great.