During his period as Artist in Residence, Schneemann focused his attention exclusively on the inventiveness of the participating students from various musical disciplines, including jazz, pop and classical. He does this to help them develop their own unique ideas about concert performance:
‘The creative process is most fun when suggestions are left open as long as possible, to make you as free as possible before making a decision about what you’re going to do. This is a standard working method for me, but for these young artists it is an entirely new experience to create a coherent performance within an experimental environment.’

The final result, the Wild Blossom festival, celebrates the spatial opportunities offered by the new conservatory building and, most particularly, it also advanced the cooperation between highly motivated musicians across genres and disciplines. ‘I think this dynamic and this opportunity brought things out of everyone that they never could have imagined beforehand.’

Bart Schneemann sees music education in conservatories as primarily focused on traditional concert practice, placing the musician in an ivory tower. It is undeniable that society is undergoing rapid change, and with it the demands of the audience. One consequence of this is that the music world is impelled to reappraise longstanding assumptions and programmes.
As Schneemann says, ‘Perhaps the twenty­first century musician will have to change along with it. I imagine a musician prepared to take risks, on a level with, and in direct contact with, his or her audience – not dressed in tails or an evening gown, raised ten feet above the audience.’

About Bart Schneemann
Bart Schneemann is a solo oboist and artistic director of the Nederlands Blazers Ensemble  (Nether lands Wind Ensemble), a group of likeminded musi cians drawn from the most prominent Dutch  symphony orchestras. As well as the great musical quality, the ensemble is renowned at home and abroad for its unusual, often theatrical, performances that rise above any distinction between ‘classical’ and ‘contemporary’ repertoire, and continually create new perspectives on Western musical tradition. 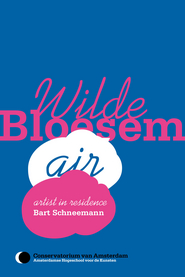