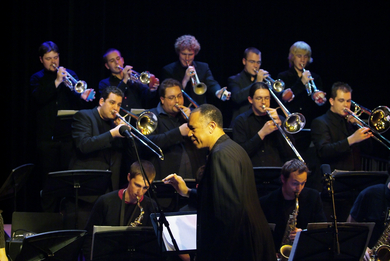 Although jazz education has become commonplace at many music institutions throughout the world, few programmes have placed an emphasis on connecting the music to its African American roots in practical and meaningful ways – beyond historical footnotes. Students are rarely equipped with the tools to approach music from a black cultural perspective or incorporate essential qualities key to the black musical aesthetic.

The central goal of John Clayton’s residency was to assist participants in identifying, defining, and performing musical elements in jazz that have their roots in African American culture. As an intensive music­centred project, Exploring the black roots of jazz fuses performance, lecture, and discussion activities in order to effectively examine the multi­faceted nature of jazz in particular, and black music in general.

John Clayton is the key figure in Exploring the black roots of jazz, a five­year project at the Conservatorium van Amsterdam (CvA) Jazz department. Besides Clayton, each year a second guest artist with a specific area of expertise was invited to participate. These guests have included Ray Briggs (jazz saxophonist and ethnomusicologist, 2005), Terrell Stafford (trumpetist, 2006), John Riley (drummer, 2008), Gerald Clayton (pianist, 2009). For the final year he was joined by the full complement of his Clayton Brothers Quintet. In this way, the jazz courses consciously emphasised the oral tradition that is so important to jazz: ‘playing with the ears, rather than the eyes.’

About John Clayton
American double bassist John Clayton has gained prominence as a performer and award winning composer and arranger in the fields of both jazz and classical music. He has been music director for several jazz festivals and artistic director of jazz for the Los Angeles Philharmonic Association and the Hollywood Bowl. Clayton currently conducts, composes, and co­leads the Clayton­Hamilton Jazz Orchestra and is a senior lecturer of Jazz Studies at the Thornton School of Music, University of Southern California. Check out his website. 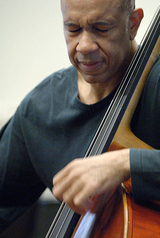 Read the interview with John Clayton (in Dutch)
Play for real or don't play at all, by Tobias Reijngoud in ON AIR 3