Anthony Heidweiller was the AIR at the Conservatorium van Amsterdam from 2009 to 2011. The decision to invite him grew from a great admiration for Heidweiller’s art practice in the area of opera for young people, which he has been developing in recent years through the Yo! Opera Festival. His enterprising artistic activities seem boundless.
Heidweiller’s residency had three cornerstones: his interdisciplinary works, the creation of artistic works for and with young people, and the opening up of the school to the city. Heidweiller is also set on deepening and reflecting on his work and then continuously reassessing the relevance of this method for – and with – education.
Heidweiller wanted to extend his residency at the Conservatorium to other institutes at the Amsterdam University of the Arts, in particular to de Theaterschool, with which he has previously cooperated. In 2008, students from de Theaterschool and the Conservatorium worked together on the Marco Polo project, for which Heidweiller noted stories from Chinese people living in Amsterdam’s Chinatown and adapted them for short works of music theatre set against the backdrop of the neighbourhood itself.

About Anthony Heidweiller
Anthony Heidweiller is the artistic director of the International Yo! Opera Festival and Workshop in Utrecht. Set up in 2001, Yo! Opera introduces young people to opera. Starting off as a freelance singer in the choir of  The Netherlands Opera, Heidweiller has blossomed into an opera maker, developer, source of inspiration, and promoter of innovative forms of opera. Examples of this work include his concepts for Marco Polo in Amsterdam and Opera in the Bus, a community art project made in collaboration with Utrecht Public Transport (GVU), which won the 2006 award for most innovative event. In 2008 Yo! Opera was honoured with the Prins Bernhard Culture Fund award for Art and Culture Education.

Besides his activities as the artistic director of Yo! Opera, Heidweiller also teaches at the Royal Conservatoire of The Hague and works as a freelance director. Numerous productions have come into being under his direction, including works for Oerol Festival, the Netherlands Philharmonic Orchestra, the Netherlands Chamber Orchestra and the Stichting Jeugdconcerten (Foundation for Concerts for Young People). 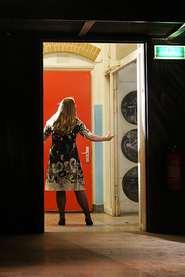