From 23 January to 18 February 2012, the School for New Dance Development (SNDO) hosted the renowned Canadian choreographer Benoît Lachambre as its Artist in Residence (AIR). Together with 37 SNDO students, Benoît Lachambre created a work based on 37 solos, entitled 37 Solos/Snakecharmers’ Ball.

37 Solos/Snakecharmers’ Ball premiered on 18 February 2012 at the Something Raw Festival in Frascati theatre, Amsterdam. On the closing evening of the festival, all 37 solos were performed over a period of four hours in the Brakke Grond’s Expo zaal (Expo Room). Audience members were able to walk in and out and were part of this human exposition.

This residency offered SNDO students the opportunity to experience Lachambre’s working methods at close hand by participating directly. Their work with him was part of his preparation for the new solo Snakeskins, which he made in 2012.

Lachambre views dance as inextricably bound up with visual art and performance art. In 1996, Lachambre set up Par B.L.eux, which focuses on research and creation in dance. 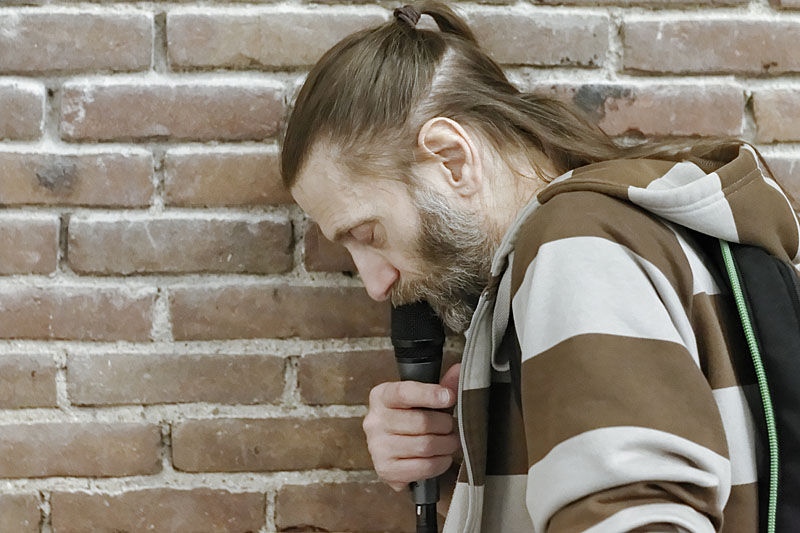 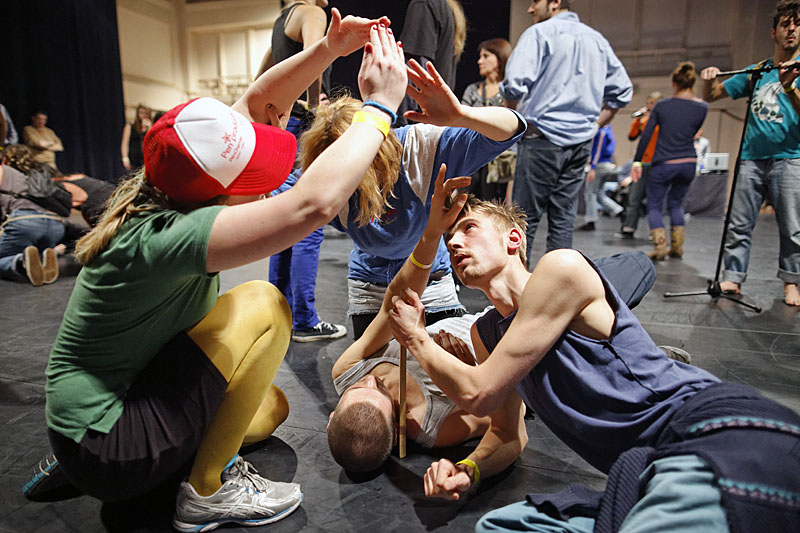 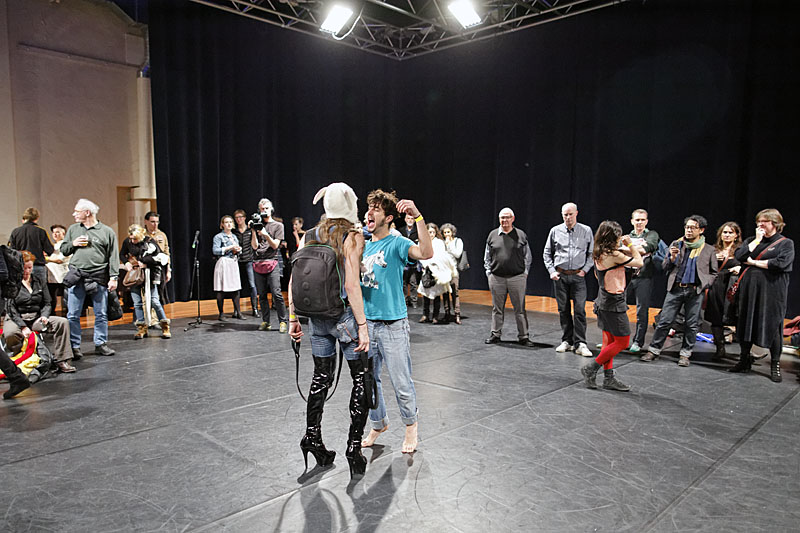 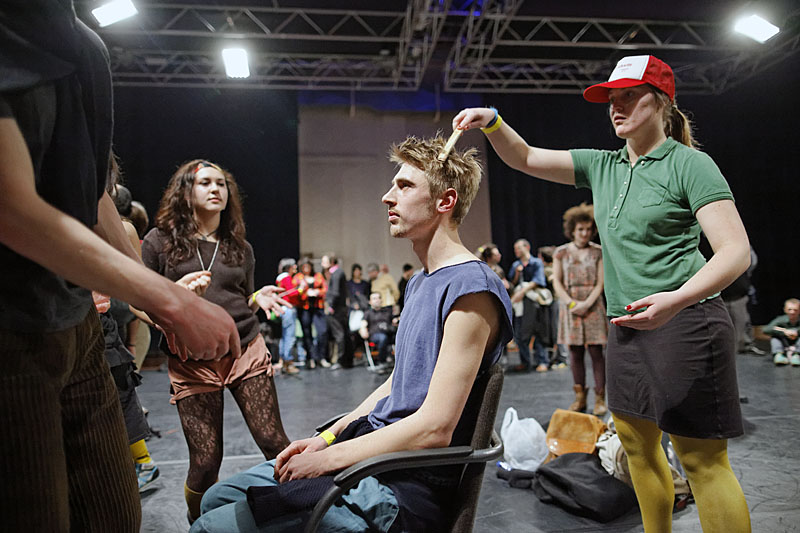 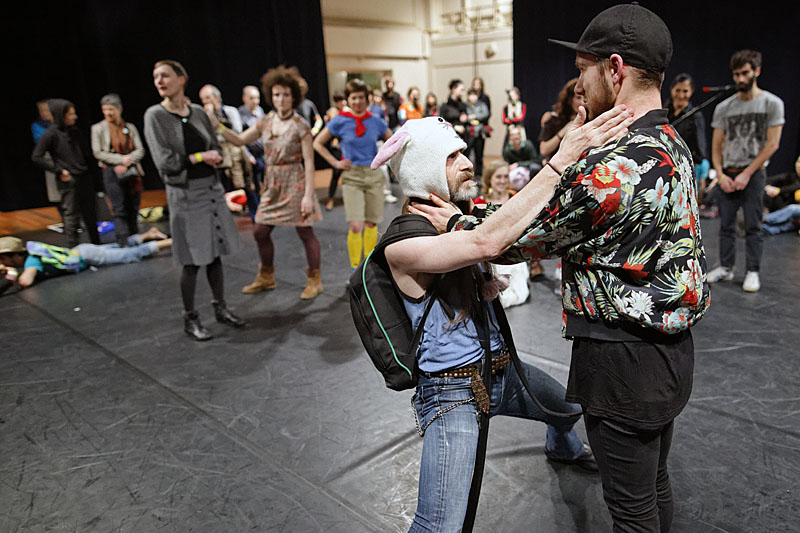 Space is a body, door Hester van Hasselt in ON AIR 4