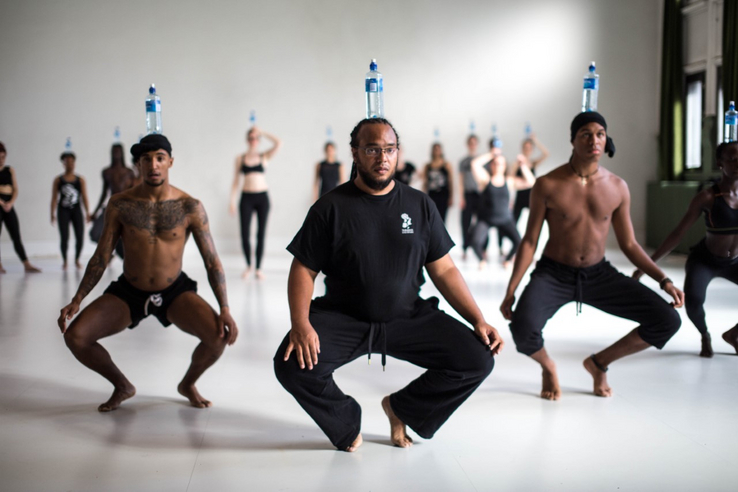 It’s no secret that artistic research takes place at the Academy of Theatre and Dance, but what does it actually involve? In this the twelfth episode in a series of interviews, we take a peek behind the scenes, in conversation with choreographer Thomas Talawa Prestø (Norway), founder of Tabanka African and Caribbean Peoples Dance Ensemble https://tabankadance.com. This month, Prestø is the guest of the ATD Lectorate, IDlab, ATD Research Month and the Expanded Contemporary Dance programme.

Due to unavoidable circumstances the guest lecture of Thomas Prestø is postponed. We apologise for any inconvenience and will let you know of a new date as soon as it can be scheduled.

The scariest moment in my whole career was in England. We were performing at the Bernie Grant Arts Centre in Tottenham, an area of London with a strong presence of Caribbean culture. The piece we were performing was called Rhythm, Roots and Revolution – it was about reggae, and the audience was hundred percent Black. I was apprehensive about how they would receive this piece, given my deep respect for our ancestors and cultural history.

I’d been working for years on this production, deconstructing reggae. My investigations into its ethnic origins alone took five years. I investigated the lineage of the various types of drum used in traditional reggae. I consulted archives of slave forts and slave ships, visited libraries and plantations. I wanted to figure out which Africans have been taken to which part of Jamaica. In the years before that, I visited Africa several times. Look at this [chart]… this represents 15-years-worth of research. It shows which rhythm cultures that came from West Africa you’ll find in Haiti, Cuba, Jamaica, Brazil, Belize and Trinidad.

As well as working with original African dance for Rhythm, Roots and Revolution, I used creolised dance – that’s the blend that emerged in the Caribbean. I went back and forth between them. If you deconstruct reggae and dancehall, you start discovering all sorts of African dances associated with rites of passage, funerals and fertility. In the Caribbean – and in all the other European colonies – spiritual dances were subjected to intense oppression during the period of colonialism and slavery. There was so much that had to be hidden from European eyes, behind a mask. What’s most painful is that most of the material you find through academic research is racist. In the Caribbean, our cultures were mostly described on the basis of who ‘owned’ us – across a period of centuries. So rather than saying enslaved people from Tobago danced the same way because they were actually Yoruba from Nigeria, the sources say it was because they were the property of the British.  [silence]. The way you dance to African drums doesn’t have much to do with the British.

In Rhythm, Roots and Revolution I again creolised African dances, through an artistic process. I drew from the same centuries-old roots, but I gave it a vocabulary that was broader, richer and louder. That’s the production we took to Tottenham. You need to know that reggae is like a national music in the Caribbean, so I was terrified to be performing for a completely Caribbean audience. You could say I’d ‘messed with’ reggae.

After the first dance the audience stormed the stage.

Out of anger?
No – out of joy. The audience were delirious with joy. They went completely wild. They demanded we perform the first dance again, even when I explained there was lots more to come. In the end we performed nearly everything twice. People laughed and cried. The older ones said they’d never seen such authentic reggae dancing before. I was surprised that my attempt to bring the dance back to its essence resonated so powerfully; that people felt empowered by its totally unashamed identity.

That’s the moment I realised this was something special. This wasn’t an ordinary standing ovation.

This was people feeling the need to get up onstage – to physically be where it was happening. It made a real impression on me to see how massively attractive it was.

It sounds like there was a kind of direct, physical sense of recognition.
I think so. I believe this piece spoke to the kind of cultural knowledge that’s present in our body. Something was exposed, but at the same time it was strengthened. And that’s exactly what artistic research can do. Another example is hip-hop. It’s often said that those arm movements are all about being rough and tough, about saying ‘Hey, I am cool’. But hip-hop wasn’t invented in a vacuum. The music and the dance style was developed by Latino, African-American and African-Caribbean kids. [Thomas shows me a film clip shot at his dance studio]. Look, this is Shango, an original Yoruba dance. You can see how the framing, posture, path and stance have moved into hip-hop. Lots of people think it’s got to do with ‘street and ghetto’, but actually it's a cultural movement with deep spiritual meaning. Shango is a god of thunder and lightning, just like Thor. He’s a warrior god. You use this dance to summon his power. It’s a protection ritual. So now if you look again at hip-hop dance, you might wonder ‘Protection? How come? From what or who?’ Well, segregation in the US made for a very hostile environment. If your perspective gets shifted by your research, you end up developing your choreography in very different ways.

Did you also notice that while Shango is very masculine, it doesn’t celebrate violence? It’s got a gentleness and sensuality to it, and a big sense of generosity in the way the men share the space with each other.

Yes, it’s elegant.
You see the whole of life in it, in all its nuance. It’s not one-dimensional. It’s holistic. Artistic research can make the world multi-dimensional instead of 2D.

Lots of knowledge and culture is dying out. Tourism is destroying things where colonialism failed to. Take the Limbo, for example, where you dance under a horizontal stick. It was originally a funeral dance from Trinidad and Tobago. People were scared that the spirit of someone who died in the Caribbean wouldn’t be able to return to the ancestors in Africa. They danced under a stick to relieve the burdens of the deceased so they could fly home. The dance started with the stick near the ground and it would be gradually raised. Each time someone danced beneath the stick, it liberated the spirit of the deceased person a little bit more.

It was the influence of tourism that led to the reversal of the movement of the stick, from high to low. This made it more exciting. And then they even started setting light to the stick. All this gave the dance a competitive element. So what was once a funerary ritual is now – in Scandinavia, and everywhere else – a drinking game. You can easily see the sort of damage that cultural tourism can do on the Internet as well. On YouTube and TikTok you see dance moves that are African in origin but have been so radically simplified that anybody can do them. The result is a vulgar stereotypical version with all the texture eradicated.

Do you know original African dances?
Yes, I grew up in a Caribbean family, hearing reggae, and I danced with traditional dance groups from a young age. So I knew most of the dances already, but I also spent years on my research. I worked in Ghana, Nigeria, Congo, Senegal, Niger and Togo. I was fortunate enough to undergo spiritual initiation in the Caribbean, and that meant the Yoruba allowed me to join their ritual dances. There are no video recordings of them at all – cameras aren’t allowed.

So you experienced them all at first hand?
Yes, it’s embodied work. I went on to devise a method of documenting the rhythms and movements, so I could pass them on. And that led to my development of the Talawa Technique https://tabankadance.com/talawa-technique-2/. It’s made up of 124 movement phrases which I’ve codified – of course I left out certain elements out of respect for the tradition. These dances were never intended for a non-initiated audience, and you really need to watch out with this material: a few years ago, some students of mine went into a trance while training, just from the dancing. That really alarmed me. You need to be really careful with movements that have so much power embedded in them.

Do you know the original dances well enough to pass them on?
[Speaking cautiously] Some of them. And I only say that because the elders who’ve been doing the dances for 60 years say they see it that way. They say: ‘You are one of the younger masters. You carry in your body this knowledge and this vocabulary. You are responsible for making sure it doesn’t die out, and that the original form remains accessible.’ No pressure then. 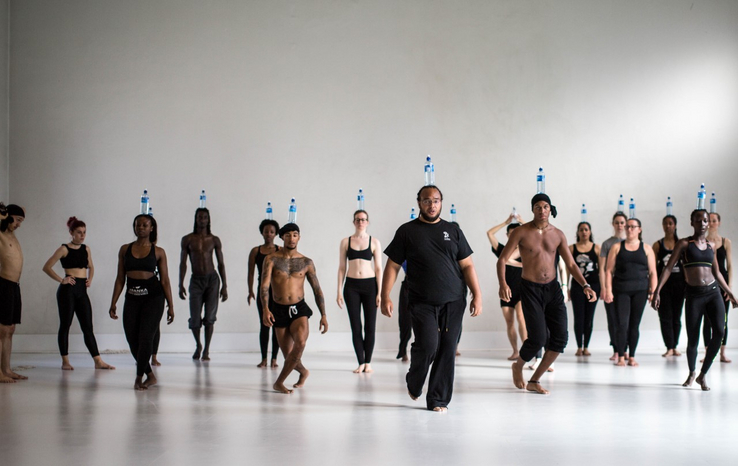 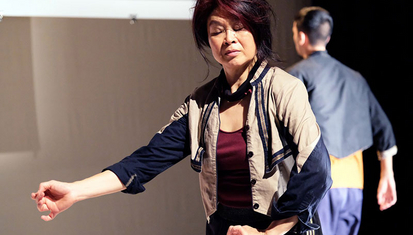 Artistic research - What does it entail? A conversation with Nita Liem 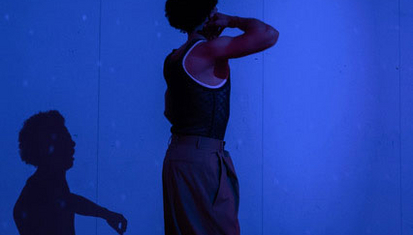 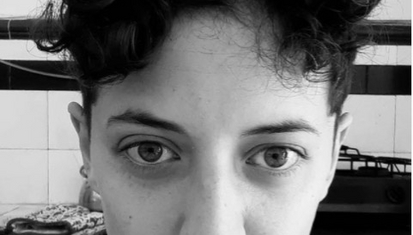 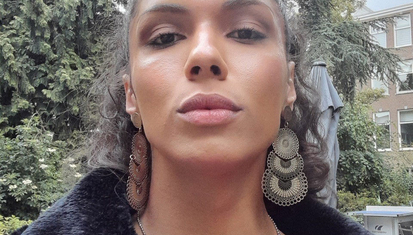 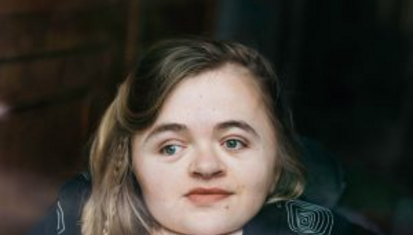 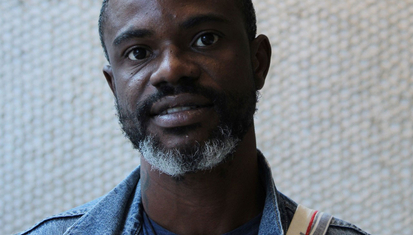 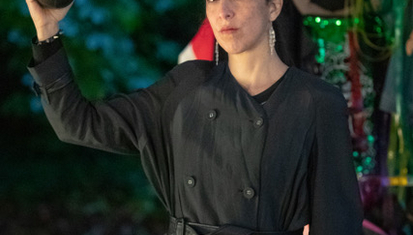 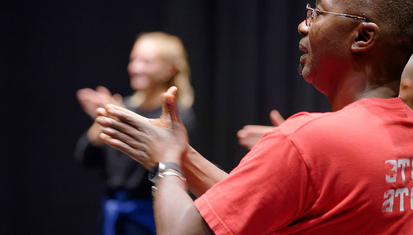 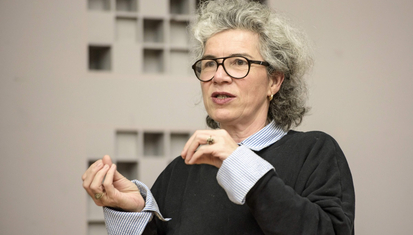 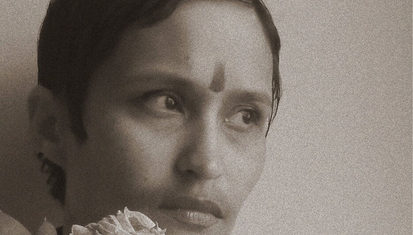 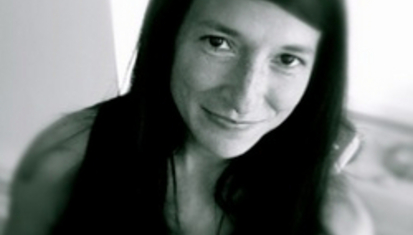