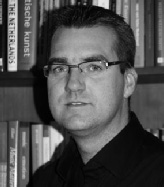 Michel Hogenes was born on 8 November 1970 in Purmerend, the Netherlands. He studied Electronic Organ and Music in Education at the Alkmaar Conservatory, and obtained post-HBO [university of applied sciences] certificates in Ortho(ped)agogische Muziekbeoefening, a form of Music Therapy, as well as Keyboards, and Early Childhood Music Education.
After his studies, Michel worked as a music educator in special education, elementary education, and secondary education. He also taught keyboards, electronic organ and music introduction courses at a music centre and was active as the conductor of several choirs and orchestras.

Currently Michel is a lecturer at the teacher education department of De Haagse Hogeschool [The Hague University of Applied Sciences]. He also lectures at the Music Education Department of Codarts, Rotterdam University of the Arts (Bachelor: Music in Education, and Master: Arts Education), and is the conductor of Projektkoor Rijswijk [Project Choir Rijswijk].

Besides his work at both universities of applied sciences and his choral conducting, Michel is active in several organisations. He is chair of Gehrels Muziekeducatie [Gehrels Music Education], and the European Network for Music Educators and Researchers of Young Children (EuNet MERYC). He is TIG leader of the Arts Education TIG (Thematic Interest Group) which is part of the European Teacher Education Network (ETEN); board member of Stichting Toeval Gezocht [Foundation Looking for Coincidences]; member of the Board of Trustees of Music Educators and Researchers of Young Children, United Kingdom (MERYC UK); editor of Applied Research Today (ART), a journal of The Hague University of Applied Sciences; and ambassador of Meer Muziek in de Klas [More Music in the Classroom].