Impression of Unlearning the Human 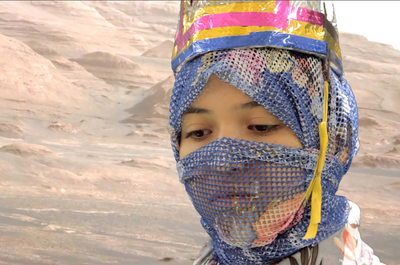 Practising Decolonial Ecologies
How can the arts contribute to addressing anthropocentrism and the violence towards non-human life that this value system enables? Can we recognize and understand how the colonial idea of the superior and separate human may have come to inhabit and restrict our bodies? What can we learn from an encounter with an alternative mode of relating to the non-human world? Now, 500 years after the “conquest” of America and in the context of climate change and mass extinction, this is an opportunity to examine the world views of the First Nation peoples and engage with the knowledge they possess, relating to animals, plants and the Earth. And to do so beyond New Age and Exoticism…

On this Saturday, we will explore how we can think and act differently about our relation to nature and non-human entities. We will re-examine the hierarchic separation between body and mind and the value judgements about forms of knowledge that stem from this separation, with science at the top and indigenous knowledge or world views at the bottom. Taking our lead from these forms of indigenous knowledge, we will use a variety of methods to research a different, decolonial ecology and an alternative way to understand and practice the arts. 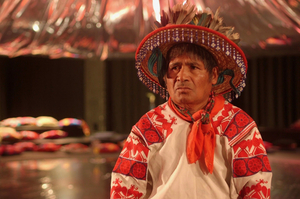 The day will consist of various practical workshops facilitated by Amanda Piña and other collaborators, which will involve dance as a form of knowing, in combination with visualisations, and exercises to feel-think our bodies as Earth. In this way we can recover a sense of a direct relation or connection to environmental entities that sustain us: bodies of mountains, rivers, glaciers, forests and oceans ... the bodies of Earth. There will also be screenings of video work, oral narration and discussions, and ritual offerings to non-humans.

Some of the activities will be body-based, but none require previous movement expertise. 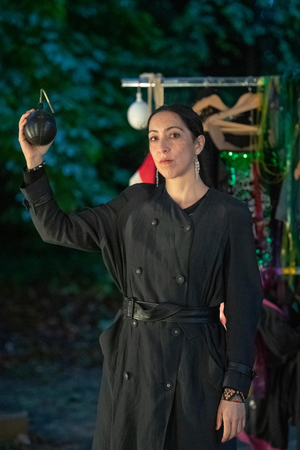 Amanda Piña is a Chilean-Mexican Artist living in Vienna and Mexico City. Her artistic work is concerned with the decolonization of art, focusing on the political and social power of movement, temporarily dismantling ideological separations between contemporary and traditional, human and animal, nature and culture.

Amanda's artistic work has focused on the topic of Unlearning since 2014. Her seminal curatorial project The School of the Jaguar (2017), in which she initiated a collaboration with representatives of the Wixarika nation, proposes a space to practice an ecology of forms of knowing in relation to the notions of Human, Animal and Vegetal. She has created two other schools since then: The School of Borders, (2019) and The School of Mountains (current). In 2018 Amanda was awarded the Fonca Arts grant from the Mexican Government.

Amanda currently works on the realization of the long-term project Endangered Human Movements, concerned with the re-appearance of ancestral forms of movements and cultural practices.  She is a research fellow at DAS THIRD at the Academy of Theatre and Dance at the Amsterdam University of the Arts. www.nadaproductions.at

This Saturday has been designed by the Artist in Residence together with Laura Cull (Academy of Theatre and Dance) and Stefan Schäfer (Breitner Academy).

Impression of Unlearning the Human


Impression of Unlearning the Human