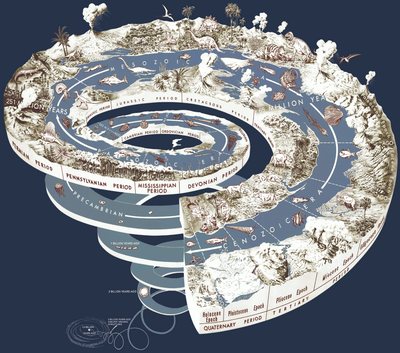 Entangling pasts and futures
Underlying the dominant Western notion of storytelling and history is a conception of time as linear, progressive and measurable. ‘Unlearning time’ means questioning the political, economic, social and ecological effects of this common conception of time as ‘Chronos’ and researching alternative conceptions. Circular, parallel, monumental and experiential understandings of time as ‘Kairos’, allow us to relate differently to nature and to recognize the need to acknowledge and celebrate the diversity of human (and non-human) experiences and perspectives.

On this Saturday, we will unfold ‘Unlearning Time’ via three core thematic strands: ‘Body Time, ‘Space Time’ and ‘Story Time’. In each strand, we will rethink dominant modes of conceiving of time and propose alternatives. Topics that will be addressed include bodily memory, time and landscape, ancestral presents, deep time, long-term thinking, stopping or recovering time and many others. The alternatives that we will encounter show the plurality of experiences and perceptions of time that exist and that, if we can apply them, can be part of dismantling a current reality that seems headed toward “full-speed” human catastrophe.

While the day will be set up in time-blocks to focus on these three modes one at a time, woven in will be connecting exercises, and turns of different duration and levels of participation and spontaneity. The blocks will be led by different artists and other practitioners who will be using a variety of (un)learning methods, including movement, performance, listening, lecture, modelling, and discussion.

The methods and ideas offered here can be applied to creative work on both practical and theoretical terms. The ideas and exercises offered are meant to stimulate alternate visions for how cultural and creative practices are produced, executed, and employed. We will also explore and expand on social and environmental contexts of this work.

None of the activities involved will require previous expertise. 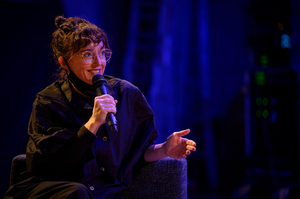 Rachael Rakes is a curator, writer and editor, film programmer and educator, living and working in Amsterdam and New York. She works on ideas around visual ethnography, encounter, and non-linear time, as well as the communicative agencies of visual and lingual abstraction.

Rachael is the Curator of Public Practice at BAK (Basis voor Actuele Kunst), Utrecht, an Editor at Large for Verso Books, a Contributing Editor to Infrasonica, and a Programmer at Large for the Film Society of Lincoln Center - where she is a Program Advisor for the New York Film Festival, and co-curates the annual festival Art of the Real. With Onyeka Igwe and Laura Huertas Millán, she organizes the curatorial and research initiative on alternative ethnographies, Counter-Encounters. Until 2019, she was the Head Curator and Manager of the Curatorial Programme at De Appel in Amsterdam.

Rachael has taught recently for KASK (Belgium), The New School, Harvard University, and the New Centre for Research and Practice, and advised for the Sandberg Institute. She is co-editor of the publications Toward the Not-Yet (BAK/MIT Press), Practice Space (2019, NAME/De Appel). www.rachaelrakes.com

This Saturday has been designed by the Artist in Residence together with Menno Otten, Mieke Bernink (Netherlands Film Academy) and Arnold Marinissen (Conservatorium van Amsterdam)